Teenage is almost entirely comprised of silent footage, and Bradford Cox’s original soundtrack is its essential other half. At once invigorating and atmospheric, Cox’s contemporary soundscape blurs the past and present. It brings history’s forgotten youth to life, and vibrates with the restless dreaminess of adolescence. More about the music of Teenage in this recent KCRW interview with director Matt Wolf (at 06:00). Chandra’s “Kate,” a New Wave classic recorded when the singer was only twelve, is another album highlight. 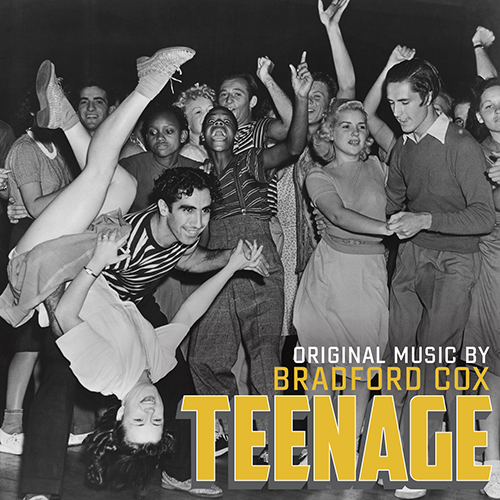 Bradford Cox is the lead singer of the acclaimed bands Deerhunter, and the solo project Atlas Sound. As Atlas Sound Bradford has released three full albums, and Deerhunter has released six albums, including the most recent Monomania. NME has said, “Cox’s creative output has proved him to be one of—if not the—most forward-thinking and inspiring musicians of our generation.”