Billy the Kid, born William Henry McCarty Jr. of Arizona in 1859, was an infamous outlaw of the wild west. Orphaned in New Mexico at age 15, Billy started working at a hotel as a dishwasher. He was charming and polite and the owner was impressed with Billy’s morals, as every boy he’d hired so far was caught stealing. Soon enough Billy did start thieving and was thrown in jail for the possession of clothing and firearms belonging to a Chinese laundry owner. Legend has it that nimble Billy snuck out of jail by shimmying up the chimney and so began life on the run. At 18 he killed his first man, while fending for his life. Out of desperation he reluctantly joined the notorious Jesse Evans Gang (aka. The Boys) and fought in the Lincoln County War. Billy died at the age of 21 while hiding out from the law. 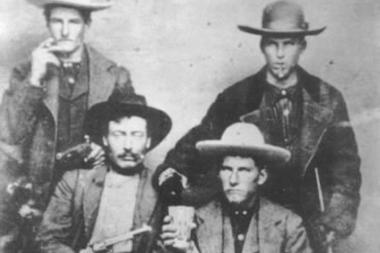 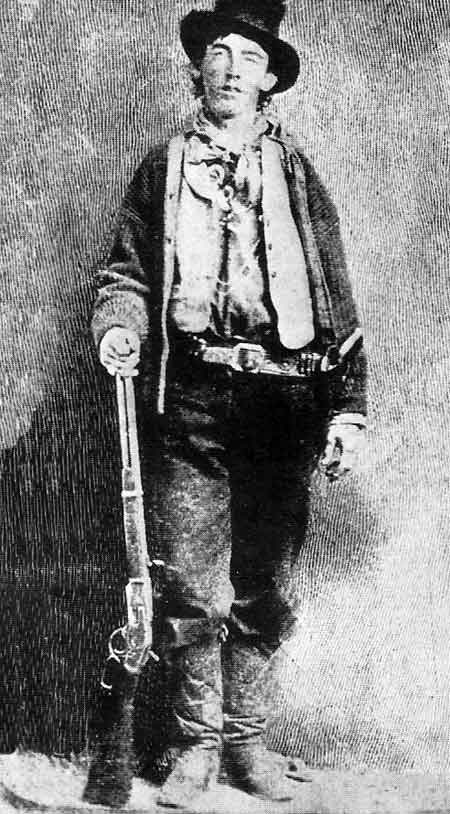 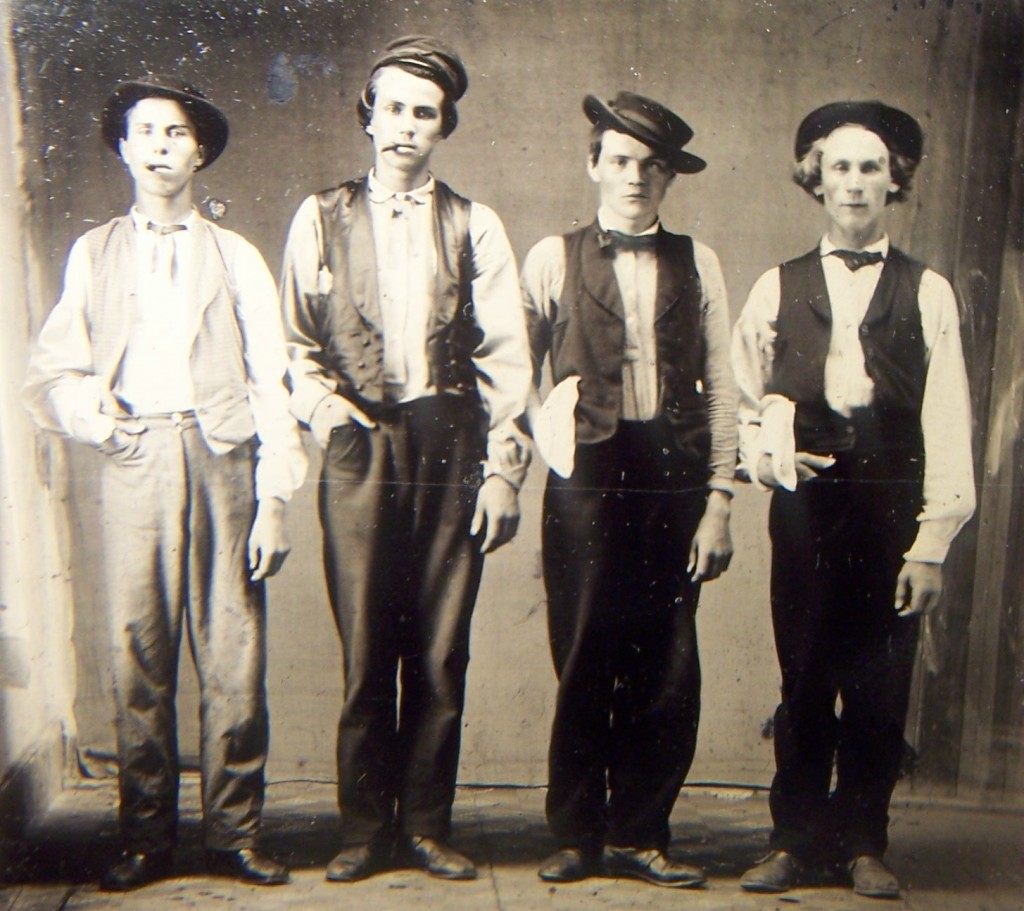 POST UPDATE: despite its brevity, this post about Billy the Kid has been one of the most read and commented on in the three year history of our blog. It was amazing to discover that so many historians and enthusiasts are still invested in setting the record straight about Billy’s life and separating fact from myth for the record. It turns out that the one image above, in which Billy holds a rifle, is the only 100% verified portrait of him in existence. The others images are suspected but not confirmed to depict the real Billy.

We came across this comprehensive American Experience biography (and AE’s illuminating summary of Billy’s life story here) if you’d like to know their take on him. Even Drunk History took a stab, with a Billy who looks more 40-something than teenager — perhaps a reflection of how hard he lived before his death at the hands of Sheriff Pat Garrett.