The 9:30 Club, in its original location at 930 F Street, was a seminal all-ages nightclub that fed the the 1980’s DC hardcore scene.  The club was known for fostering young talent like Black Flag and X and admitting punk fans as young as sixteen.  It was also notoriously smelly.  In 1994, the Washington City Paper held a competition to accurately describe the stench.

“There’s a particular odor in the 9:30 Club—a certain combination of keg slop, butts, cloves, puke, and sweat-sopped polyester that stays with you—literally. Sashay into the club for the briefest of moments—to make an appearance or pick up a schedule—and you’ll be marked with the bar’s scent like a tree on your pet’s turf.

Deadheads have their patchouli, 9:30 denizens this mephitic perfume. It’s the musk of the truly hip, the scent of the great unwashed moshers.

Scientists say that of all the senses, smell has the greatest power to trigger memories; take a whiff of grandpa’s sweater, the dead guy materializes before your eyes. So go into the joint, take a deep breath, and trip and gag down memory lane to the first time you graced the dance floor. And perhaps if your palate is discriminating (or indiscriminate) enough, you can tag the punkers’ putrescence.” 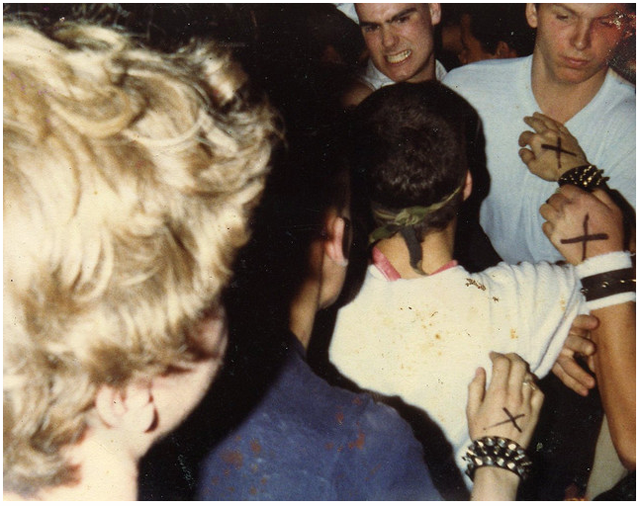 The club moved from its original stench cave in 1995.  In August, a J. Crew store will open in the F Street space.