There was a gross miscarriage of justice when goth teenager Damien Wayne Echols and his friends were convicted of brutally murdering three boys at Robin Hoods Hill in West Memphis, Arkansas.  Damien, along with Jason Baldwin and Jessie Misskelley became better known as the “West Memphis 3.” Their 1993 trial was chronicled in the classic documentary Paradise Lost, which immortalized Damien as an intellectual outsider, who became targeted by religious zealots in search of easy blame. Metallica and Pearl Jam came to his defense, and for years advocated for his release. 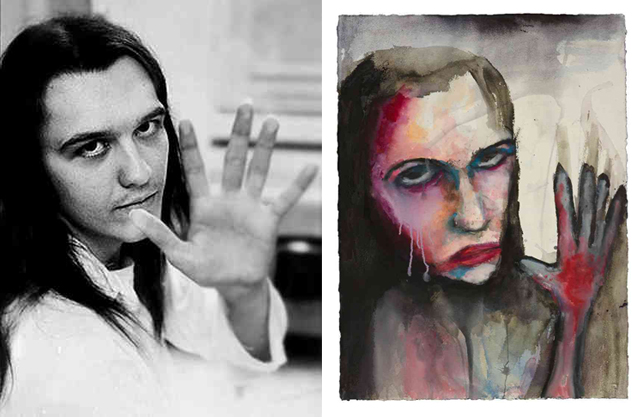 Photograph of Damien Echols, painting of Damien by Marilyn Manson

When Damien took the stand, he was poised and articulate, speaking freely about his interest in the Wicca religion, his penchant for black clothes, and fleeting intellectual curiosity about the occult writings of Aleister Crowley. He wrote poetry and died his hair black. These admissions were the prosecutions strongest evidence that Damien was a murderer. 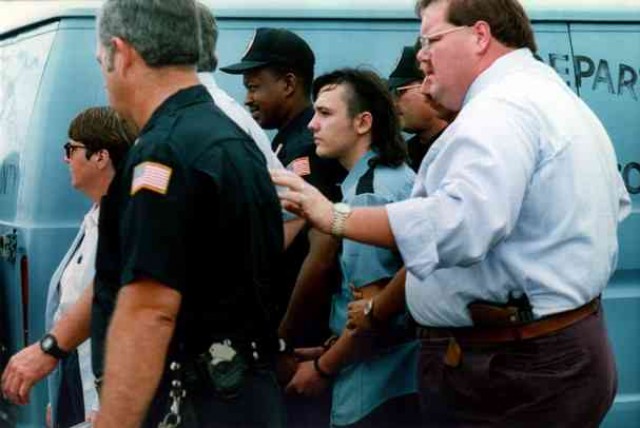 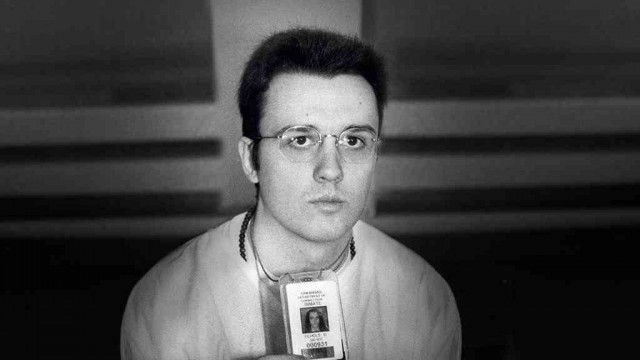 Yet he was shockingly sentenced to the death penalty by lethal injection. But on August 19, 2011 Damien, Jessie, and Jason were triumphantly released from jail on a plea bargain, after decades of failed appeals and discarded DNA evidence. They served 18 years in prison for a crime they did not commit. Now 36-years-old, Damien has moved to New York, and has no intentions of ever returning to Arkansas again. 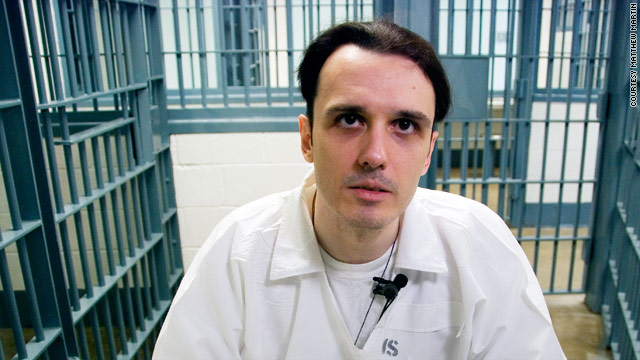 The final chapter of the West Memphis 3’s saga, including their dramatic release will be revealed in the newest iteration of the documentary trilogy Paradise Lost, which premieres at the New York Film Festival on October 10th. Paradise Lost 3: Purgatory

This post is in memory of Troy Davis, another innocent man, who did not avoid the death penalty on this day.