It’s hard to imagine Petra Collins actually went through puberty when you see her, now at 19 years old being the confident, rad chick that she is. But the first time Petra Collins starting shooting her photographs, she was just beginning high school. Today, this Toronto resident continues her passion for photography, only under the bylines of everyone from Vogue Italia to being a staff photographer at Rookie, a magazine started by fellow teen wunderkind, Tavi Gevinson, to even starting her own online female art collective, The Ardorous. Still, it seems there is much cross-over between her high school days and her current work. I want to live in the world that she creates in her photosets; all of Petra’s film look like they were dipped in candy or magic, but still manage to project the imperfections and insecurities that make-up teenagerdom. I recently e-interviewed Petra about some her high school musings. 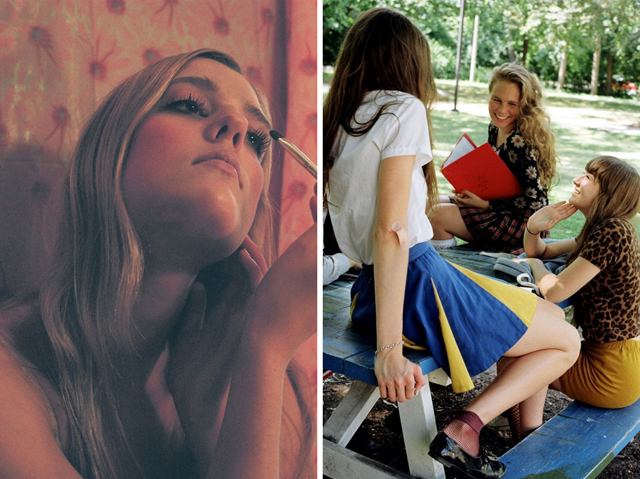 Whatever your subject is, your photographs always create an alternate dream world that bridge the rainbows between the ethereal qualities of The Virgin Suicides and at other times, the much grittier Ghost World. How would you say that teen culture influences your aesthetic as a photographer?

I wouldn’t say its teen culture, but that it is me trying to express my lived experiences.

You seem to work a lot with and with the idea of teenagers: alongside Tavi Gevinson for Rookie Magazine, with young models, but also your aesthetic is like a love letter to being a teenager. Is this something you try to be conscious of in your work/something you think you will continue to gravitate towards?

Yes, I’m fascinated with that period in a female’s life. It’s the time that shapes them for the rest of their lives – and because my work deals with the female – exploring and understanding our gender – I think it’s just natural that I gravitate towards that period. So yes, I think the teenage girl is a subject I’ll be studying for a long time.

What were you like in high school? Did you have a carved out lunch spot a la Mean Girls?

Naive – kidding but not totally kidding – I guess I was more confused and a little bit more moody then I am now.

I don’t think I ever ate in the cafeteria – my school was not cliquey at all so people just sat wherever. It had a huge lawn, so naturally everyone ate outside during the summer, then in the winter my friends and I would go to coffee shops (the perks of going to a school
downtown). 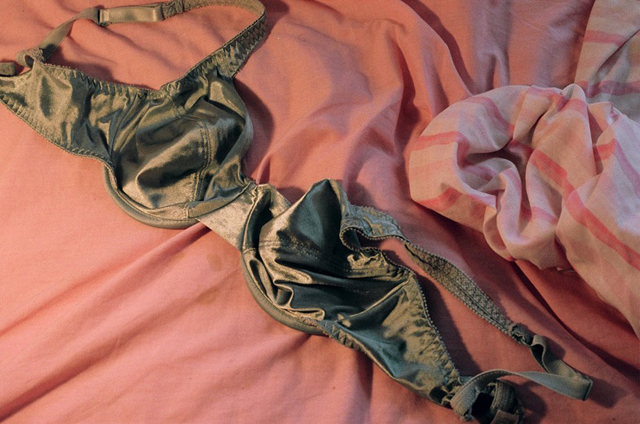 Do you feel very connected both personally and professionally to teen nostalgia?

Yes – because I am still living it.

As a girl myself, especially a teenage girl, the idea of feminism can often get misconstrued and belittled in the walls of high school. What advice can you give to strong, young women trying to forge their way through high school?

This is a hard one. The most important thing is to accept yourself (easier said than done, I know). It is the key to becoming a stronger person and growing into a woman. You only have yourself, so be kind to your body and realize that it is what you have until it’s over. Some must reads for a growing girl are: The Body Project by Joan Brumberg and The Last Taboo: Women and Body Hair by Karín Lesnik-Oberstein. 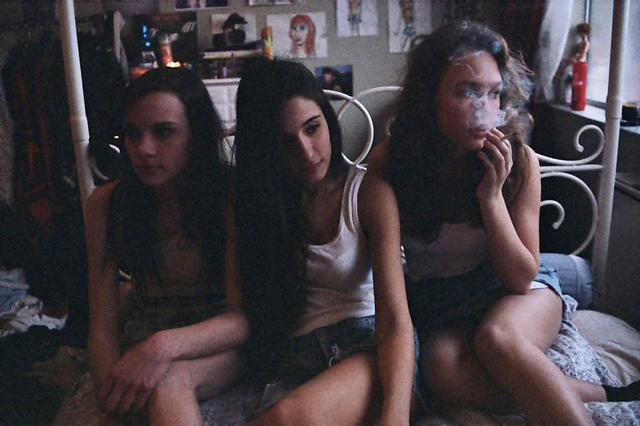 Today, you dress like a totally groovy 1970’s babe…. were you always this daring in your fashion choices?

Yes, I would like to think so. I owe it to my Mom and my best friend Julia. My mom didn’t dress like other moms (which I was totally embarrassed of until I realized how cool it was). She let me do whatever I wanted and would push me to wear stuff that was different. My best friend Julia influenced me a lot too, I remember meeting her in grade nine and seeing what she was wearing and thinking “wow, I could never wear that” – then we became best friends and she basically re-taught me what my mom did – to not give a fuck. 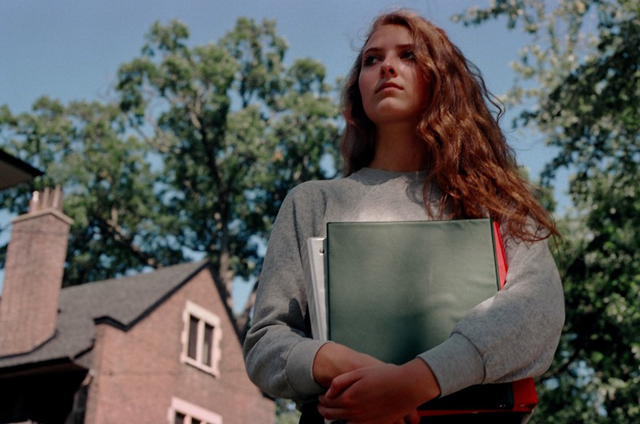 Is there anything you wore in high school you wish you still wore or that makes you cringe?

I don’t regret anything I’ve worn – I mean, I’m not saying I always wore the best outfits – but I was always dressing for myself and that is why I try not to regret it.

What movie/song would you say defines your high school experience?

Oh man! Such a good question. I could probably make you a soundtrack because I went through so many phases in high school: good girl – to crazy party girl – to serious artist girl. But I guess if I have to pick it would be “Alright” by Supergrass and Dazed and Confused the movie. I think I got really luck because I had the best experience- I met my best friends (who are still my best friends and are the coolest people in the world) – and we basically did whatever we wanted and went crazy. My high school was pretty cool too – It’s an art school that was built in the 70s so aesthetically its really nice and the environment is so chill. 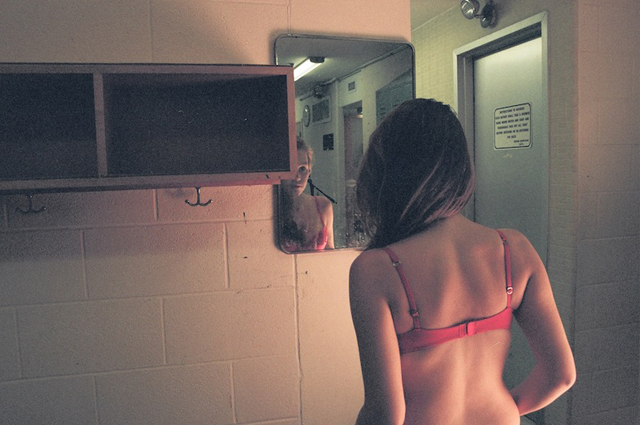 All images by Petra Collins

Emma is 16 years old and from New York City. She has a blog called The Emma Edition and collects pins and postcards. Emma is also on the never-ending search for the Gordo to her Lizzie McGuire.