As far as I can tell, Blake Nelson has never been a seventeen-year-old teenage girl, yet the unassuming forty-something has somehow completely nailed what it is to be a teenage girl in his numerous novels. The key is that Nelson has an incredible talent for writing in the voice of teenagers, from the listless slackers of Paranoid Park (which was made into a Gus Van Sant movie) to Pete the music geek in Rockstar Superstar to the thrift store indie rock darling Andrea Marr of GIRL.

My copy of GIRL barely has a spine and every page has been violently dog-eared. There are highlighter marks of sentences I wanted to remember and certain words are circled because I wanted to start talking like that. I wanted to be Andrea and hang out downtown with her cool indie rock friends. There are watermelon lip smacker stains on the description of Todd Sparrow (so what if I have a thing for dirty rock ‘n’ roll boys? So does Andrea…).  Suffice it to say, I have read GIRL about five thousand times and each time I fall more in love with this rainy Portland punk rock love story. But Nelson’s writing transcends mere teen fodder. He writes convincing of growing up and discovering yourself, your friends, your sexuality and your dreams. Now he has written a sequel to GIRL, called Dream School, which comes out in December and chronicles Andrea’s misadventures at an elite east coast university. Suffice it to say, he rocks.

Izzy: Why did you choose to revisit Andrea and write a sequel?
Blake Nelson: Weirdly enough, despite ending GIRL with a total sequel-suggesting ending, I never really thought about writing a sequel. And then many years later, I was sitting around and I just started writing it, mostly for fun, and to see what it would sound like.   And then the first chapter turned out really good. So I kept going. 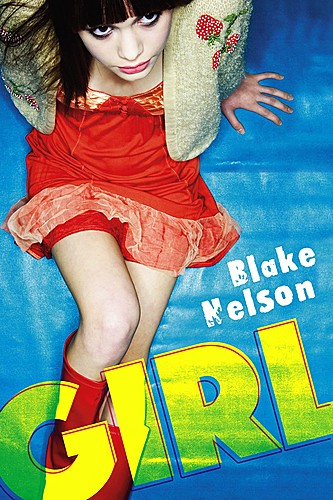 ISS: How do you write so convincingly in the voice of teenage girl?
BN: I don’t think of them as a teenaged girl. I just think of them as a person, who is in this one particular situation, dealing with the things they deal with. I think, in the privacy of our own heads, we don’t have an age, or even a gender.We just are. So you start with that, and work your way outward.

ISS:Dream School deals with Andrea’s realization of herself as an artist/writer, have you always felt like you were an artist or was there a specific time or place that encouraged you to become a artist?
BN: I started to know when I was about fourteen. At first I was a musician and I did that for a long time. But something about that never felt quite right. And I was worried that I would age out too soon as a musician. I had to do an art form that you can do all your life. So when I was twenty-two, I quit music and switched to being a writer.

Which was scary at first, because by then I was a good musician, but I could barely write at all. But I knew I had an artistic calling or whatever, a vocation, and in the end it wouldn’t matter what medium I was in. It might even be better to do something that would take me a long time to get good at.

ISS: What was your college experience like?
BN: Pretty much exactly like Andrea’s in Dream School. I met a lot of cool people. But I was a little out of my element being at an elite college. I wasn’t prepared for the “entitlement”. But it was something I had to learn about, if I was going to live in New York City and live a life in the arts. So I got through it.

ISS: Do you feel like today’s teenagers are different from when you were Andrea’s age?
BN: I think this current generation of parents is much more invested in their children than the parents of the nineties. The reason 90s Do-It-Yourself culture existed, was because you had to do things yourself because nobody was going to help you. Today’s kids get lots of help. I don’t know what that means down the road, but I think todays kids are generally healthier mentally then Andrea’s gang. And better adjusted, and more positive and trusting and willing to give of themselves. They still have all the usual kids problems. But just in the most general terms, they seem happier and less introverted and sulky then the generations before.

ISS: What are some of your favorite books/movies/TV shows about Teenagers?
BN: I love the book King Dork. I love the movie Splendor in the Grass. I don’t really watch TV too much. I appear to be the only person in the world who didn’t particularly like My So Called Life.

ISS: Why does so much of your work focus on the experiences of teenagers? I.E. what can you express through the voices of teenagers that you could not otherwise express?
BN: I like teenagers. That’s the main thing. I never get bored with them. They’re so funny, and so wise, and their brains are like new cars. Don’t let adults tell you otherwise:  you are never smarter than when you’re eighteen.

Another thing too…the Buddhists talk about keeping a “beginners mind”, like trying to stay young mentally, keeping the world fresh, not getting stuck in habits or prejudices in the way you view the world.  I think putting myself in the heads of teenagers, helps me do that, it is a form of doing that. Teenagers have the ultimate “beginners mind” and going there, refreshes my own perspective, it makes everything new again, which gives my writing a sense of exploration and discovery, and also just makes for a nice life for me. 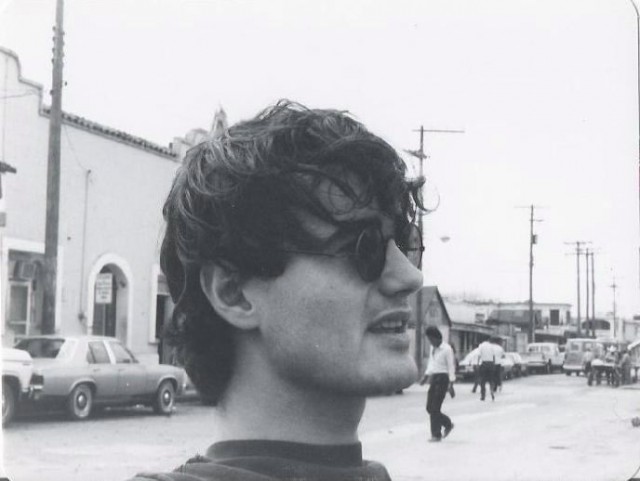 Blake Nelson as a teenager in Mexico.