We brought you a teenage take on the London riots, now we bring the same thing on the #Occupy movement. Reporting first hand from NYC, along with gathering images and quotes from teenagers protesting across the country. 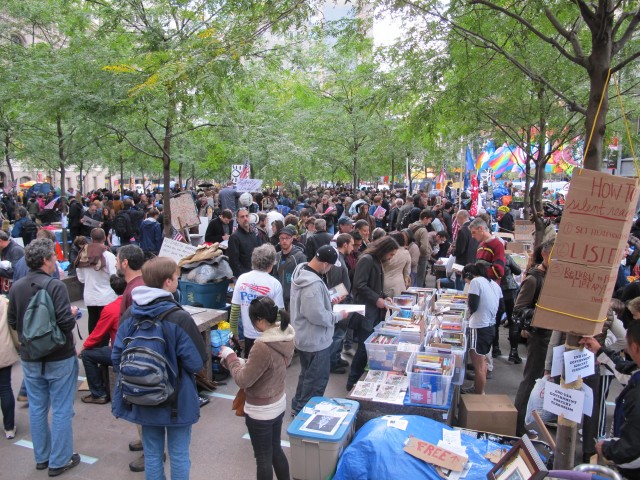 ‘I went to the park because the children matter the most and it’s our future and their stuff they’re fighting for I’m so glad  to have been a part of it.’
reflections from Ailie at #OccupyWallStreet Photographs by Abigail Wilson. 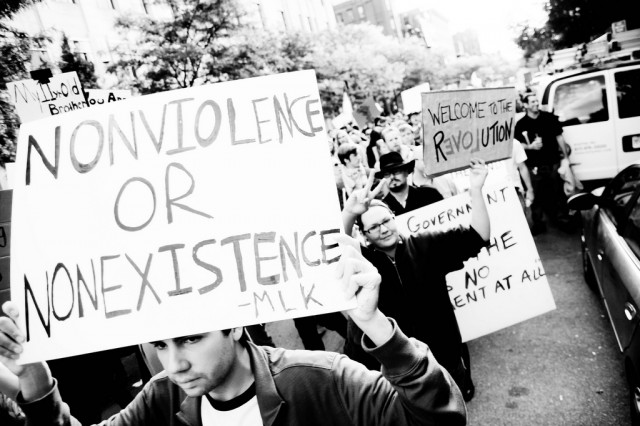 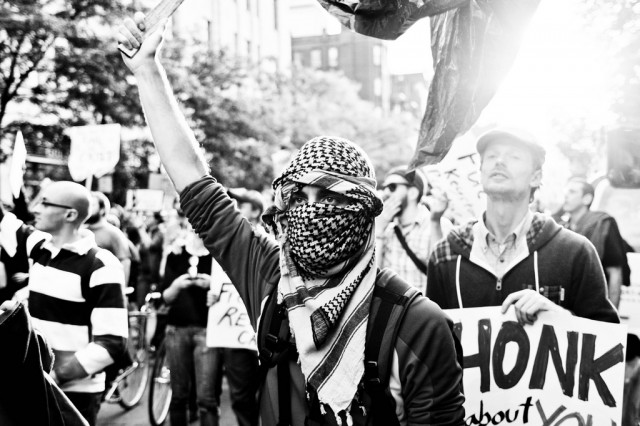 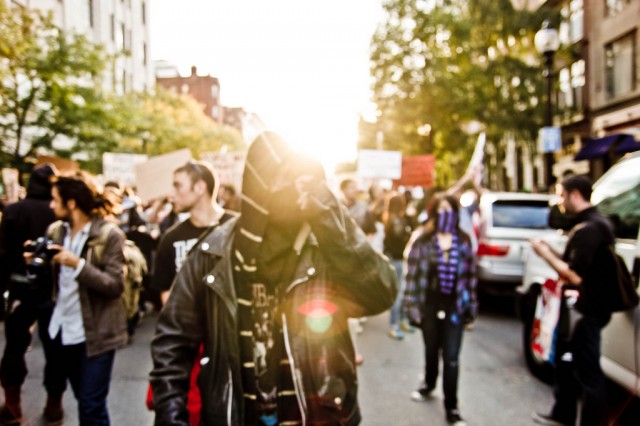 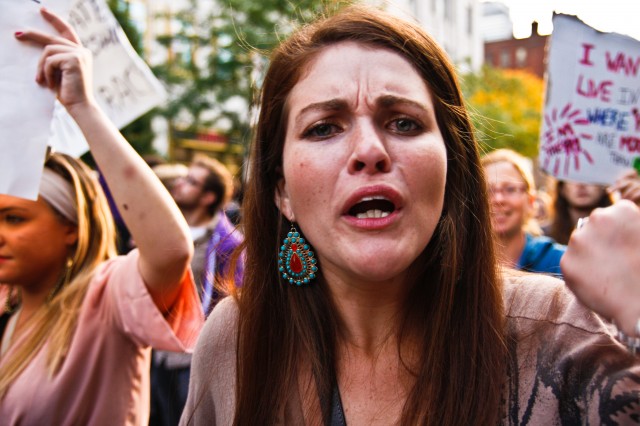 Photographs of occupiers at #OccupyBoston from teenage photographer Stephen Moreland. Check Stephen on Flickr or read his blog.

Jelani, a 16-year-old protester who traveled with his grandmother from Pontiac, Michigan to New York City for the Occupy Wall Street protests. ‘I had never slept on the street before’ he says. His mom said it was okay to take time out from school, because he has a 4.0 GPA. What a cool kid, and what a cool mom and grandmother he has.

Young activists explain what motivated them to participate in the Occupy Wall Street protest.

And here they explain why taking it to the streets still matters. 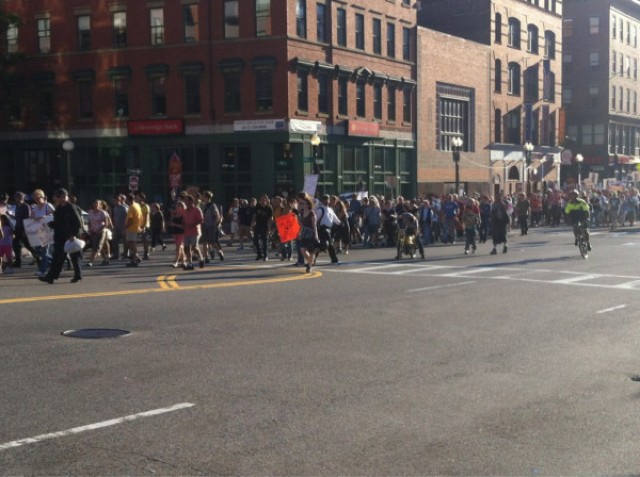 ‘The thing that started off as Occupy Wall Street has spread around the entire country, but in a way we’ve never seen before. The anti-war movement in the 1960s and 70s might be comparable to these ‘Occupy Movements’ but the means of reaching people is very different, and fascinating. On the Internet, Occupy Wall Street is more commonly referred to as #OccupyWallStreet. I know, I added a hash-tag, big deal right? It is a big deal…….. I want to remain completely neutral in this post. I support some things the movement talks about, I don’t support other things. What I know for sure is this is a movement like no other. I was in Boston the other day while the protesters were marching past the TD Garden and took this picture [above]. It’s immense. Really immense. The people just kept on coming. And they were mostly showing up from social media’. Ben Paster, a full time high school student and the founder of Strike Internet, a company that helps businesses build community. Ben also works to promote entrepreneurship among teens and young adults. You can find him at Teens in Tech. 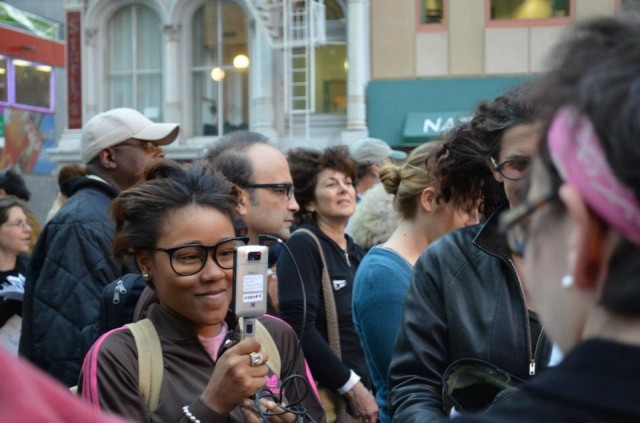 Question: ‘Why should teens care?’ Answer: ‘More than one out of every five Americans under 18 lives below the poverty line. Many more live in families that are above the poverty line, but have little hope of paying for college or other training necessary to get a good job’. Young Reporter Breanna King covers the protests for the Youth Communication reporting team. Youth Communication have previously written about the issues Occupy Wall Street movement highlights in YCteen and Represent. Check out some of their archived stories here, here and here.

‘A Steve Jobs truism has been playing on a loop on television sets all across the world throughout the past week: “the people who are crazy enough to think they can change the world are the ones who do.” And he was absolutely right. But all of the people that Jobs was referring to – namely Einstein, King, Lennon, Ghandi, among other movers and shakers – were able to articulate the change that they were so vehemently pursuing. “We want change” will always ring hollow if it isn’t made clear what “we” want changed’.  Ami Fields-Meyer, a seventeen-year-old blogger on ‘truth be told politics‘. 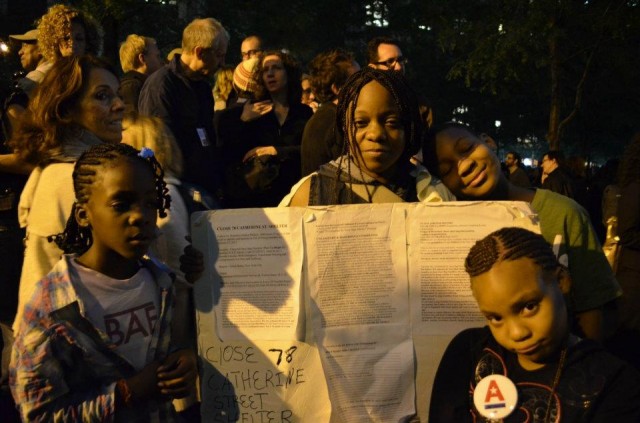 This homeless family included a teenage girl; they joined the protesters in Zuccotti Park for a night back in early October. Image from here.

‘[New York City officials] thought we were going to leave and we haven’t, we’re going to stay as long as we can.’ Kira Moyer-Sims of Portland, 19, Occupy Wall Street (via here).

‘I’m done being the victim. However long I have left is dedicated heart and soul to this movement, no matter what it takes.’ Miran Istina: 18-year-old Oregon resident and Chief media relations officer at #OccupySanFrancisco, who was recently refused life saving treatment for leukemia by her health care provider (via here).

‘I learned a lot today, it was great working with the cleanup crew, we learned to organize & the Mic Check was very useful’. Ana Leguillou – a student leader at Paul Robeson High School in Crown Heights Brooklyn – on joining the Occupy Wall Street community clean up (via here). 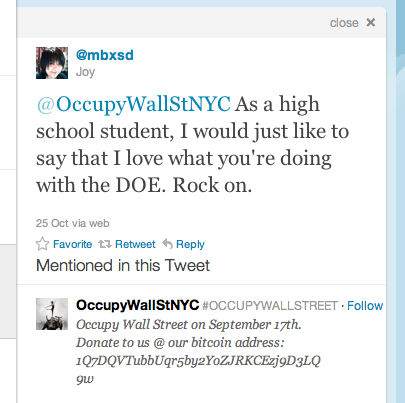 Joy, a high school student and supporter of Occupy Wall Street’s impact on The Department of Education (source here and here)

‘The first days of the takeover, there were police kicking us out every day. I was here just having gone to sleep after watch duty all night, and the police told us to grab all our stuff and we had to leave. When the police show up, there are dozens and there is nothing we can do… To be here for month after month is taking its toll on us, but we are learning to keep fighting. I have missed classes but it has made me grow as a person and learn many other things…Now that we have seen how the government reacts we are more experienced in this fight. The dialogue with the government clearly does not work, so we must come up with new tools to continue’. Camila Gutierrez, a 15-year-old-Student speaking from Occupy Santiago, Chile. She has been living at school for approximately two months in a campaign for free university education and improved conditions in public schools (via here).

The Economist made this image connecting youth unemplyment to the Occupy Movement. In the US 1 in 6 youths are unemployed.

‘Hopefully something will change….. You want to work and do right, but not having a job is stressful. That’s what a lot of people end up doing negative things.’ Devin, 19, USA, in an article written for Time magazine about teen unemployment.

‘This [use of tear gas by police at Occupy Oakland] is sick…..

…..Yeah well they shouldn’t have been throwing rocks and glass bottles at the Police. When you provoke the police and become non-peaceful, they step in and take control’. Conversation on a teen forum, on October 28th, between ‘Sigma Tau Delta’, and ‘Deadalus’.