Jeremy is a seventeen-year-old football player living in one of America’s most conservative regions.  He is also gay and the author of Standing Up Speaking Now, a semi-anonymous blog where he speaks frankly about being a closeted high school athlete.

“I’m a good student who goes for those ridiculous AP schedules, and I’m an athlete. Yes, I play sports, and yeah… I’m into dudes. At any given time of the year, you will find me either: running track or playing football.  That being said, fighting for what I believe in, has become super important. I know certain circumstances arise, and you find yourself barricaded in internal struggles, but sometimes, just speaking up can make all the difference.” 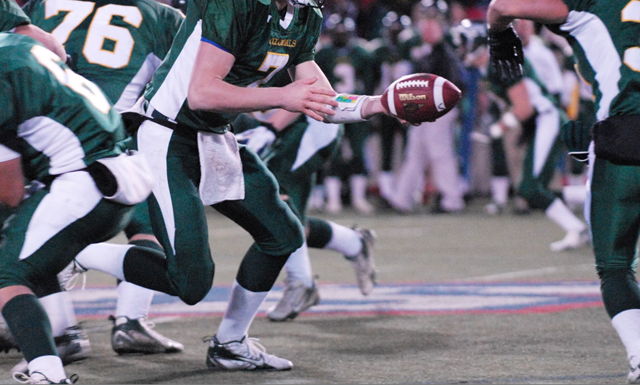 Jeremy is one of several young athletes who are vocal on the internet about the difficulties they face being gay in such a homophobic community, many of whom remain closeted in their every day lives.

As I began to accept myself, I came across several blogs on the Internet of other gay high school athletes. It finally hit me that I wasn’t alone and that really helped. I’ve been in contact with the guys from “Walk The Road” and “Sam I Am” and have evolved more in the past few months than ever. After being inspired, I started my own blog, “Standing Up Speaking Now,” in December to rant about the happenings of my life.

To say that my life has changed since I started the blog would be an understatement. So much has happened to me that I feel like a new person. It first started with unending desire to come out to someone. I was on the verge of going insane, simply because I couldn’t be “me” around my best friends.

Thanks to Ed Halter for the tip!