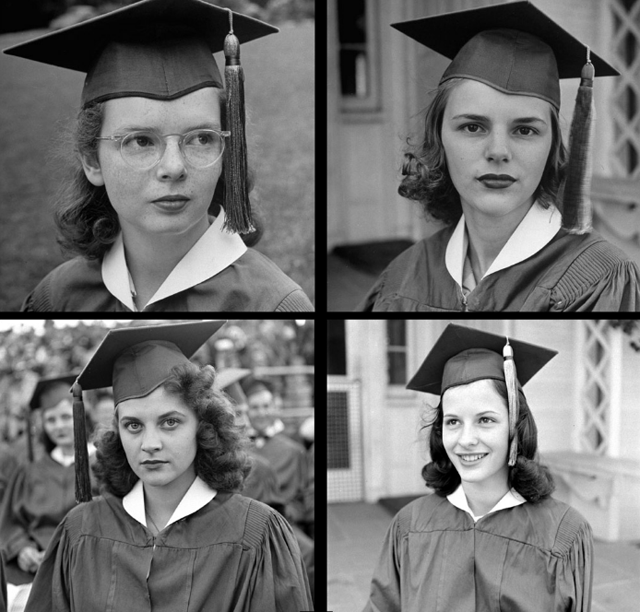 “Top left: Valedictorian was red-haired, freckled Julia Loraine Fishback who diligently won the majority of graduation awards, also a scholarship to Swarthmore. She will take up occupational therapy. Top right: ‘Prettiest Girl in the Class’ by popular election is Lililan Art, 16, whose widowed mother works for Mansfield’s largest industry, Westinghouse Electric. She plans to become a secretary.” 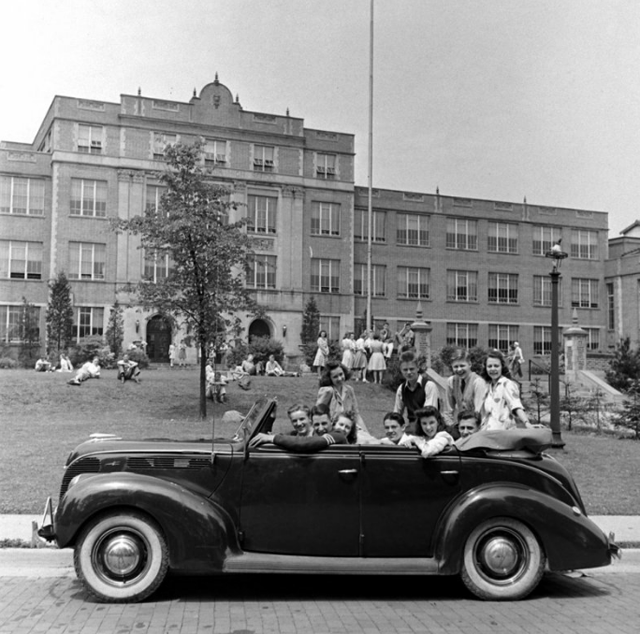 “Graduation present for Jim Gorman was this second-hand Ford, piled high with friends in front of high school. Jim’s father, a well-to-do manufacturer, gave it to him, will send him to Lehigh.” 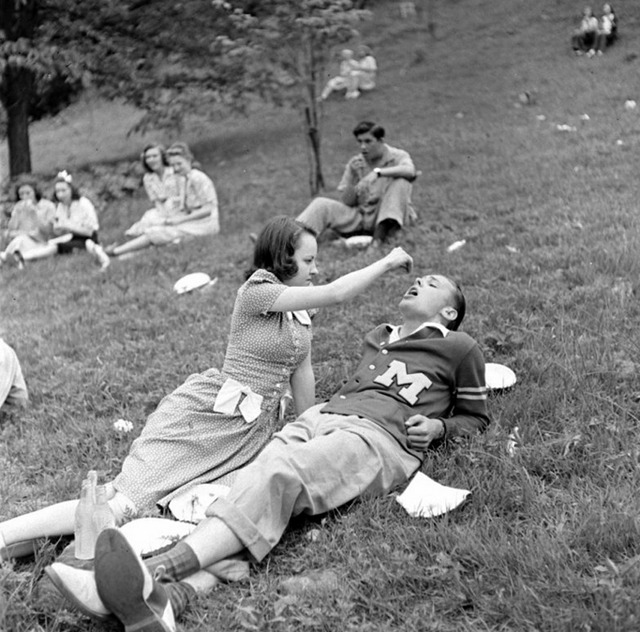 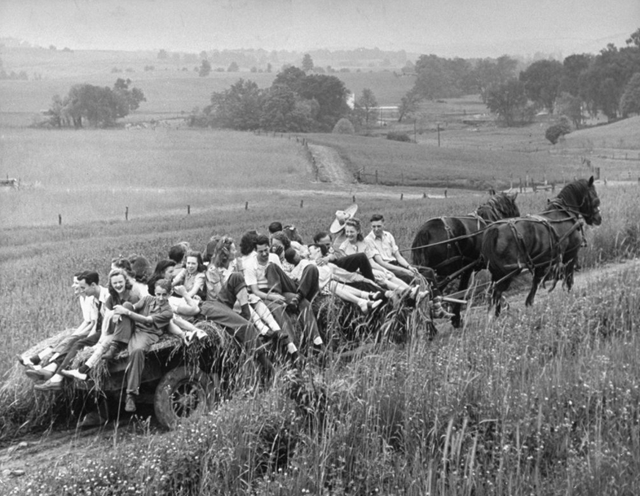 “Hayride and class picnic took place at novelist Louis Bromfield’s farm three days before commencement. It was a great lark for seniors, who contributed $.25 each toward the cost of food. Later in the evening, Bromfield gave them a barn dance.” 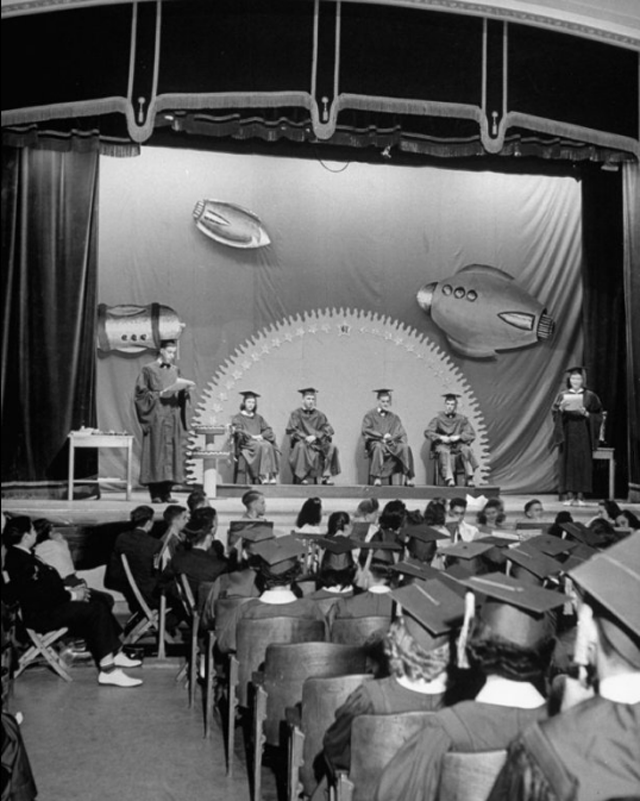 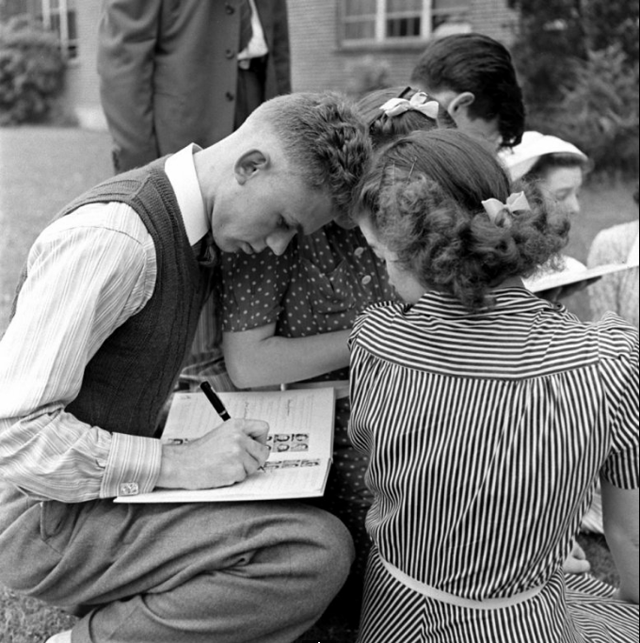 All images and captions via LIFE Magazine