Today we know tanning as a dangerous way to make oneself appear younger and healthier.  But way back when, parasols, long sleeves and, yes, bathing suits with stockings were essential for keeping a young lady’s skin pale and beautiful. Some women even used whitening creams made with lead or arsenic.

Before we knew about the potential dangers of too much sun, for centuries young people knew to avoid it. 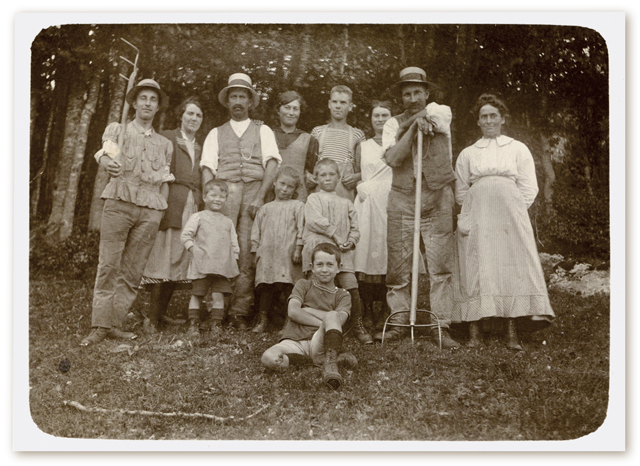 Until the turn of the 20th century, tan skin was a symbol of the lower classes toiling outside under the hot sun. But with beginning of the Industrial Era, many working class jobs moved indoors. That, and the development of an enthusiasm for sports and leisure among the upper class, flipped the scales. 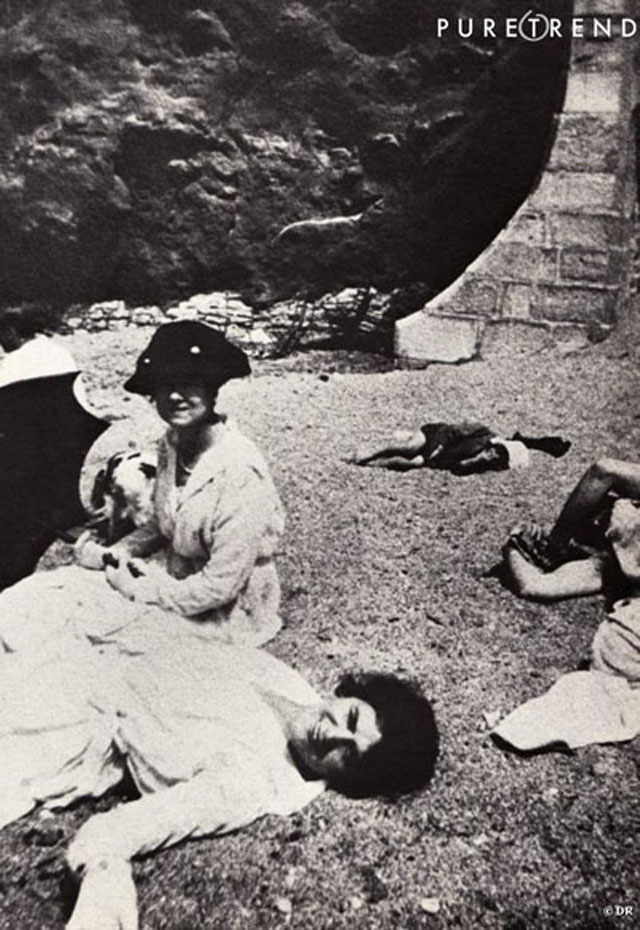 Some say it was Coco Chanel, stepping off a yacht on the French Riviera looking tanned and healthy, that brought the trend to life. 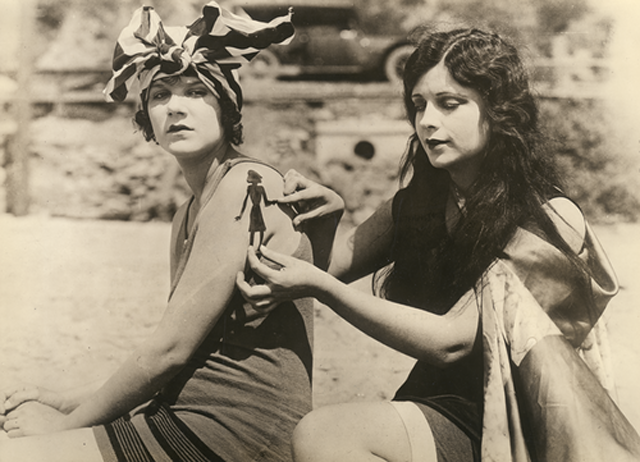 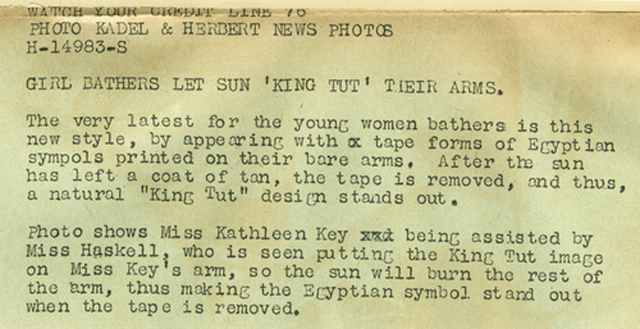 By the 1920’s sunbathing was extolled for its beauty and health benefits. 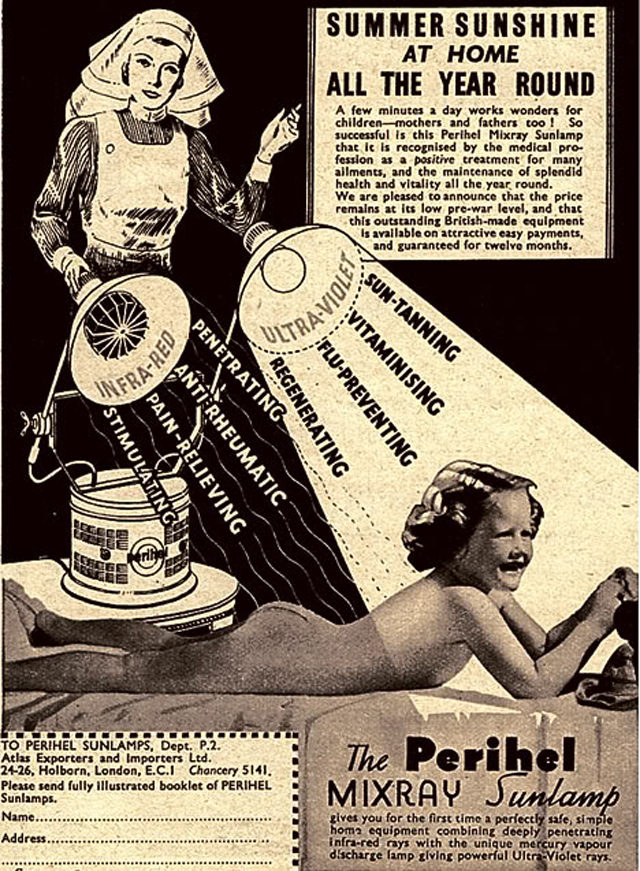 It was used as a treatment for diseases like tuberculosis and rickets. 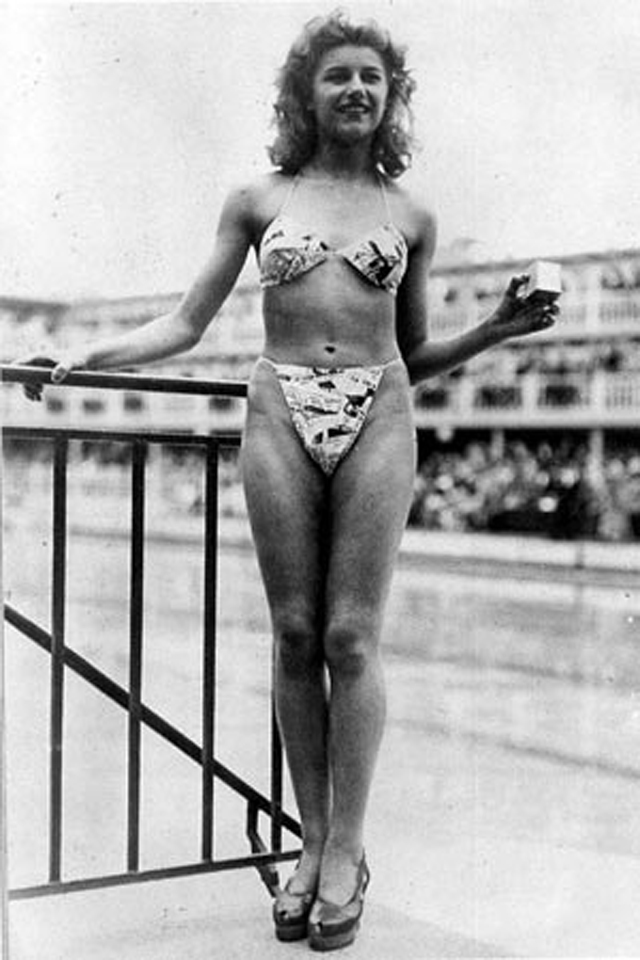 Renard apparently said that it wasn’t a genuine bikini “unless it could be pulled through a wedding ring.”

With a new-found love for the outdoors, clothes became less constraining and more revealing. In 1946, Louis Renard introduced “the bikini” to the shock, awe and eventual embrace of a public hungry for sun.

In the 1960’s sunscreen with SPF appeared.

The tanning craze continued well into the 1970’s,when tanning beds made their first appearance, and then into 1980’s. Indoor tanning remains a multi-billion dollar business. 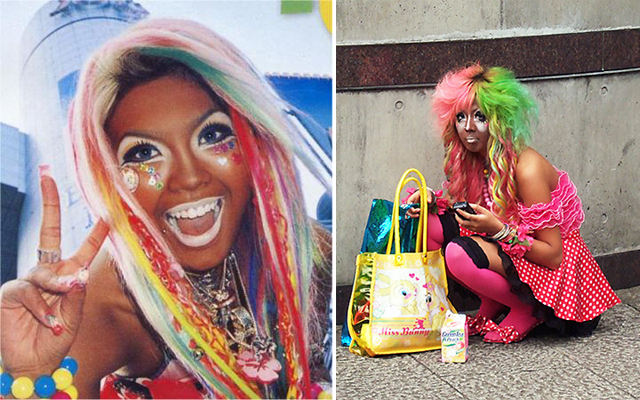 Above is a Ganguro girl, a deep tan is an essential part of this late 90’s Japanese youth subculture. Ganguro can translate to “charbroiled.”

Nowadays, we know that overexposure to UV rays can cause cancer. Young people addicted to tanning beds are sometimes called “tanorexic.” But after 100 years of a suntan symbolizing health and youth, is it any wonder it’s hard for us to stop?