Bobby Fischer was just 13-years-old when he defeated American chess master Donald Byrne in 1956, marking the beginning of an extraordinary but difficult chess career.  He would go on to beat players twice his age by huge margins, rank as the number one chess player in the world for four years, and defeat Boris Spassky at the age of 29, ending twenty four years of Soviet dominance in chess. He would also grapple with mental illness and be stripped of his membership to the American Chess Federation because of harsh and insensitive political views.  Long before this though, in 1962, Bobby was photographed by LIFE Magazine at home in Brooklyn. 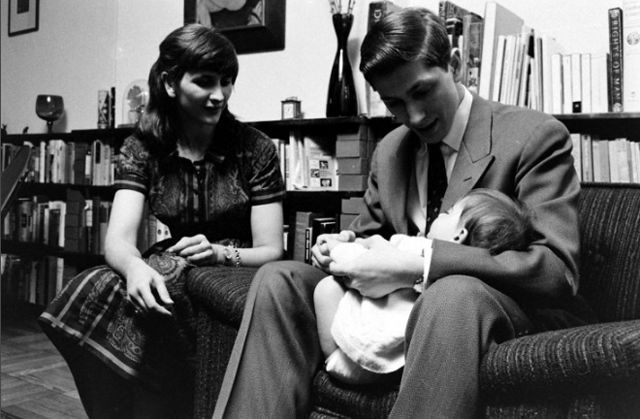 With his half-sister, Joan, and her daughter, Elisabeth. 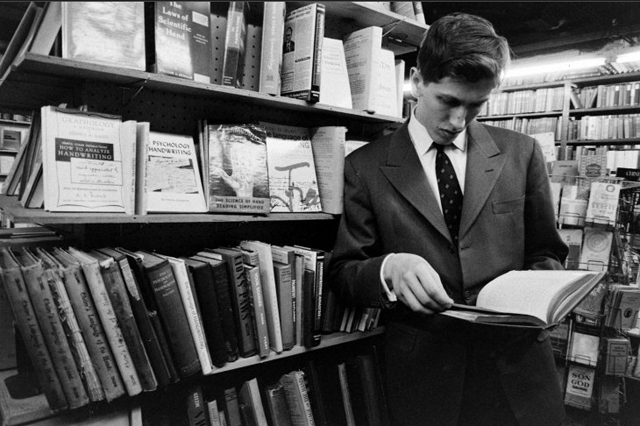 At a used bookstore in New York. 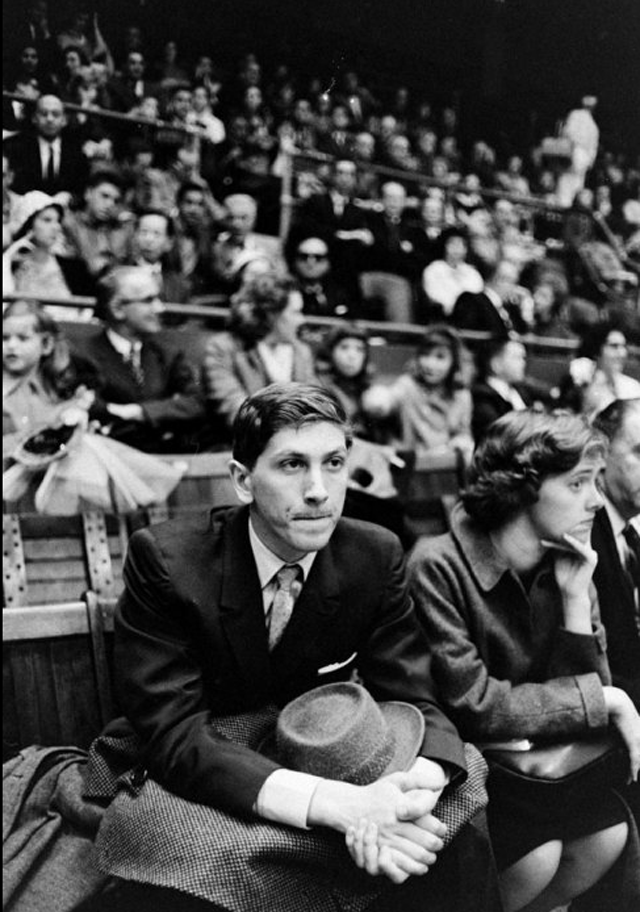 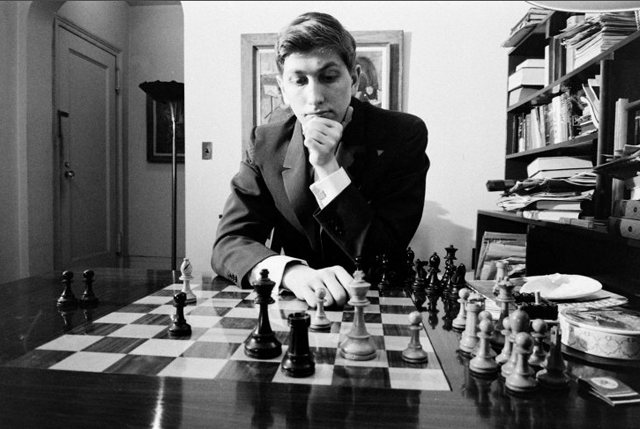