The Blitz Kids were a band of sexually ambiguous characters that frequented the Blitz nightclub in the early 1980s. Bored with the dreary and pessimistic attitudes of the punk genre and general middle England, they created their own scene based on DIY flamboyance. Laden in bizarre home-made costumes and clothing and excessive amounts of make-up, the Blitz Kids borrowed elements from both the punk and Glam Rock movements that had come before them and created something both specifically unique and horrifying (to conservative England). 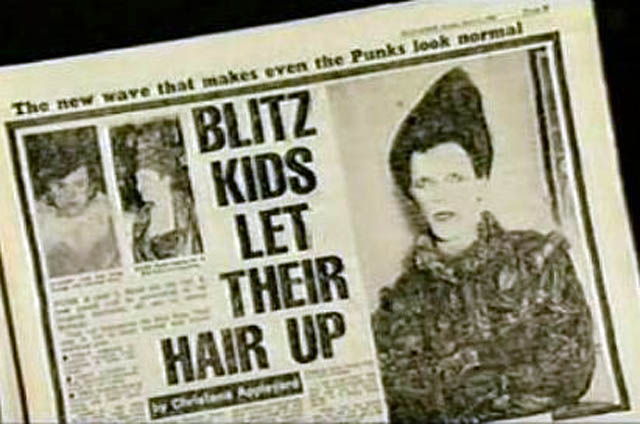 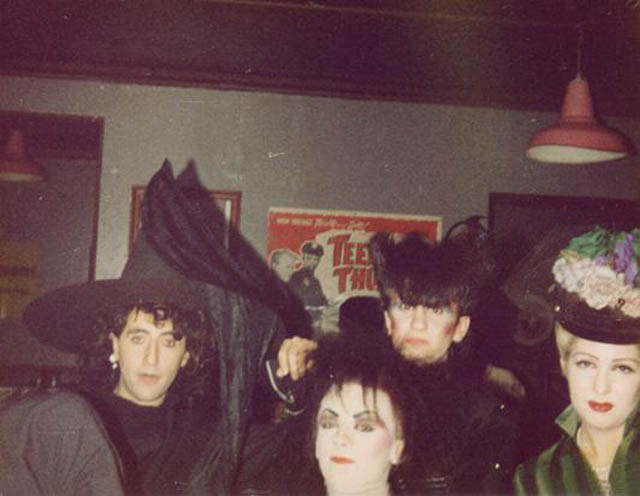 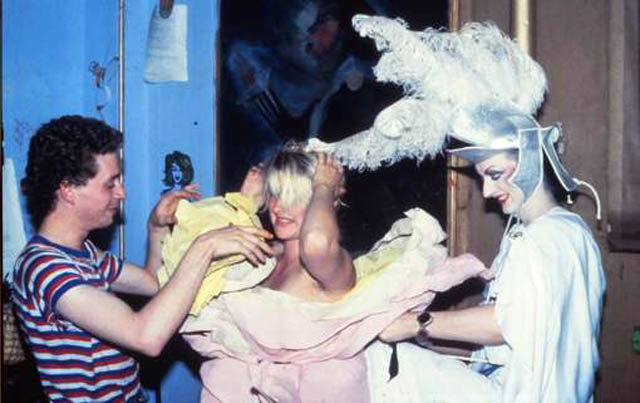 Hosted by Steve Strange, the club boasted an array of creative and extravagant figures such as Marilyn, Princess Julia, Philip Sallon, Carl Teper, Martin Degville and Leigh Bowery. Strange’s strict rules for entry were ruthless and many hopeful Blitz Kids were turned away at the door. In fact, even Mick Jagger was famously denied entry to the Blitz Club.

Many seminal figures emerged out of the Blitz kids scene such as Steve Strange and Boy George; who both later became famous in their own right with Visage and Culture Club, respectively.