Kate and Maggie Fox fooled their mother. Then they fooled Hydesville, NY. Then they became celebrity psychic mediums (big sister Leah became their manager) and had a profound effect on what was to be the start of the spiritualist movement in America. 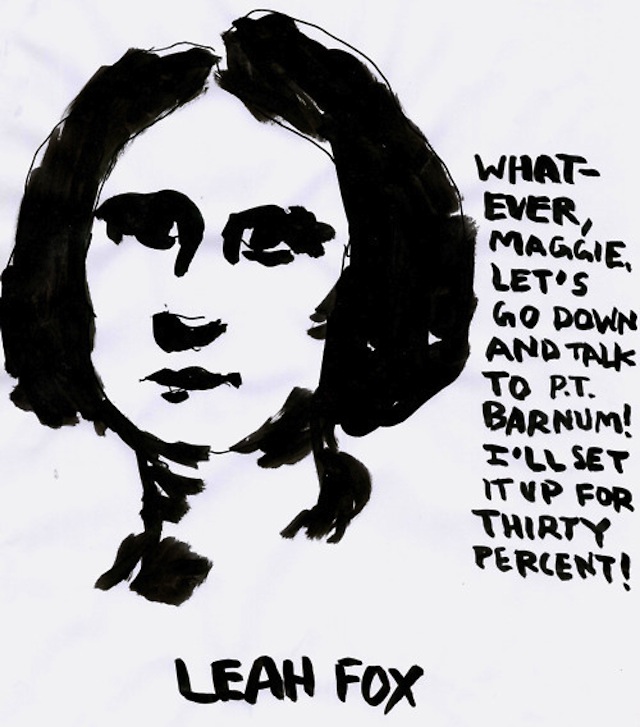 The Fox family lived in a little house that was rumored among the townspeople to be haunted, but it wasn’t believed to be haunted until 1888, when Kate and Maggie (12 and 15 at the time) started hearing “rappings” – unexplained knocks. One night Kate asked “Mr. Splitfoot” (another of Satan’s names) to repeat the snaps of her fingers and give their ages. It did. They developed a code for yes and no and ways for It to indicate letters of the alphabet. The spirit said that his body was buried beneath the house, and sure enough, it was. 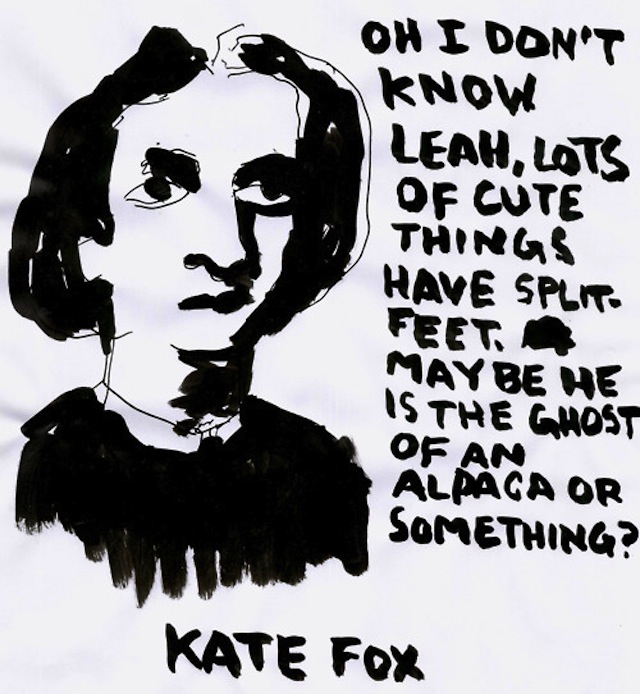 Radical Quaker friends of the Fox family spread the word amongst other Quakers (who became core of the spiritualist movement) and soon the girls were hosting seances for hundreds of people attended by Sojourner Truth and William Lloyd Garrison among others. Prominent politician and newspaper editor Horace Greeley (whose last words were “You son of a bitch, you stole my newspaper!”) became a protector for the girls but their lack of parental supervision in the big city led to an excessive consumption of wine… and Kate and Maggie became alcoholics. Sound familiar? 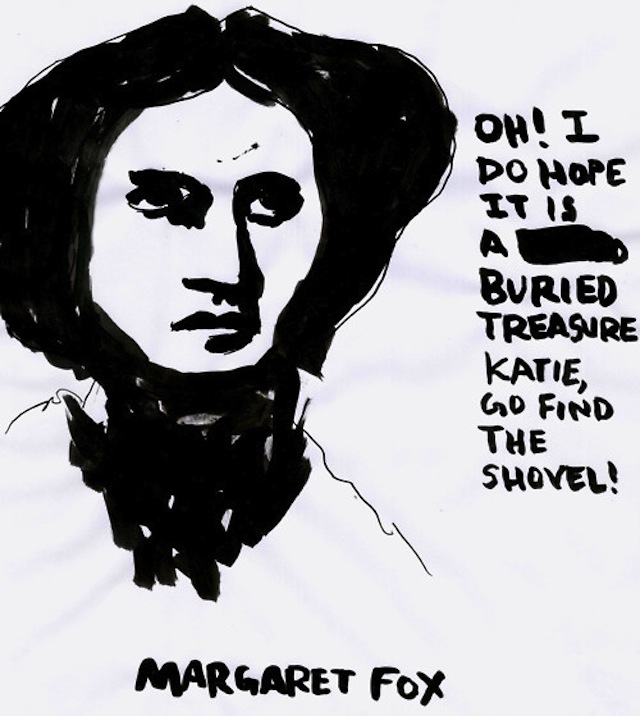 In 1888, Maggie, who became convinced that she was evil and wanted to join the Catholic Church, confessed that the rappings were a hoax before an audience of 2,000. She did this mainly to hurt her sister Leah who accused her of being unfit to take care of her children. Maggie also had guilt about the reputation they had ruined of the old man who used to live in their Hydesville house. “Mr. Splitfoot” said he was murdered by whoever lived there before the Fox family. After the confession, (Maggie had a doctor verify that the sounds were coming from her toes which she could crack at will, and explained that the knocks in their house in Hydesville were the sounds of apples tied to strings hitting the upstairs floor), the two sisters were shunned by their friends and both died in extreme poverty within five years.