Welcome to “Sur” (South, So.Calif). These photographs are of Chicano “placos” (wall writing) painted mostly in the 1970s by gang members. They were written in a mysterious slang or symbol language, understood by few. Placos’ black and white lettering, mostly unembellished, appear stark and bleak compared to the complex flourishes and coloring of graffiti today.

Above: Florencia ’71. “Bird” has added the numeral 1 to his name. There is a certain commonality to be found in gang nicknames and apparently there was more than one “Bird” within the Florencia gang, thus the footnote style identifier. Dated ’71. 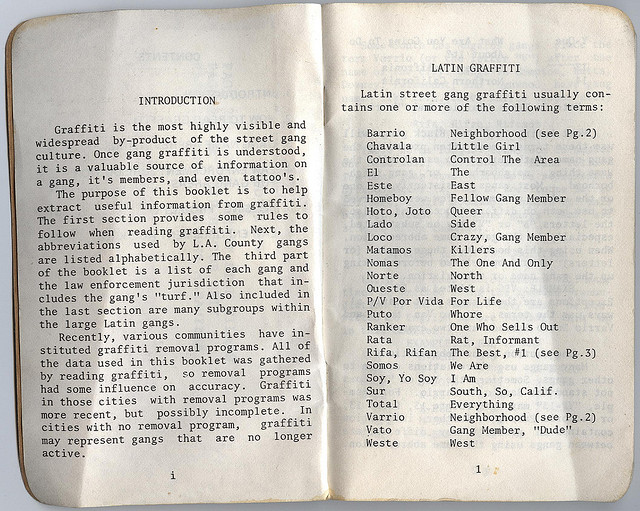 This is a field guide to the street gangs of Los Angeles. It was distributed to law enforcement officers about 25 years ago but most of the information is applicable to the photographs in this set, which date from the early 1970s. The author and publisher is Mike Poirier and it is compiled from information gathered for a Master’s project. 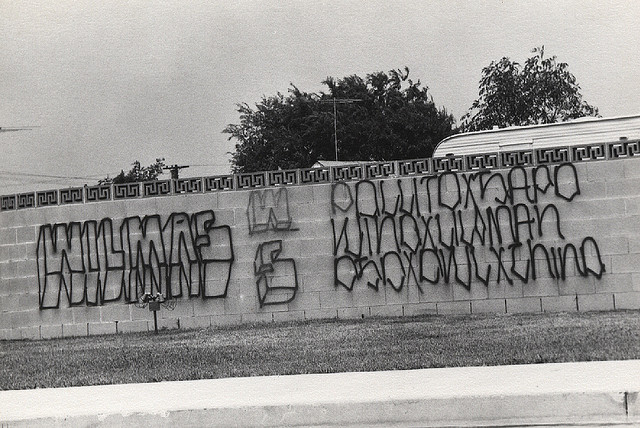 Wilmas. Block letters with drop shading but still within genre of Chicano graffiti. It has been said that “Wilmas” is Wilmington in Spanish. While this is not true, “Wilmas” was the name adopted at least 50 years ago by gang members from the Los Angeles Harbor area community of Wilmington. 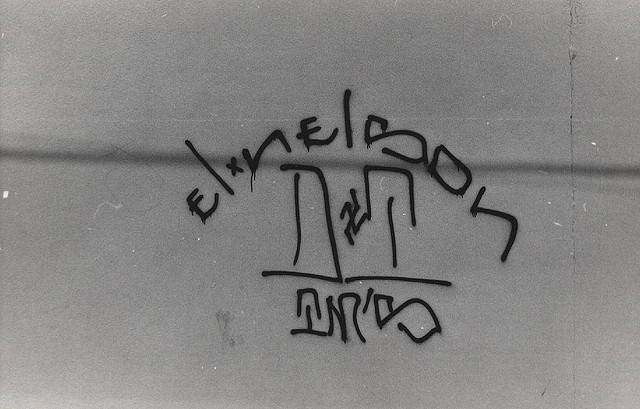 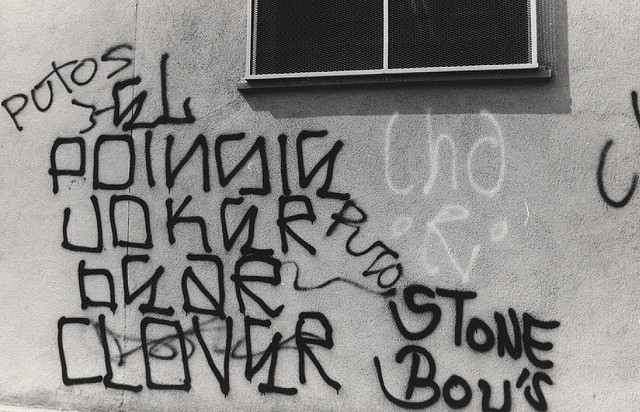 Clover (in white letters). The Clover gang, which takes its name from Clover Street, dates from before WWII. The old neighborhood is gone and little remains of the actual Clover St. but the gang name soldiers on to this day.

The word “puto” (Spanish for male prostitute) has been added by rivals. This is the most commonly seen insult and usually accompanies the crossing out of the placa. Such childish nonsense can spark a deadly feud. 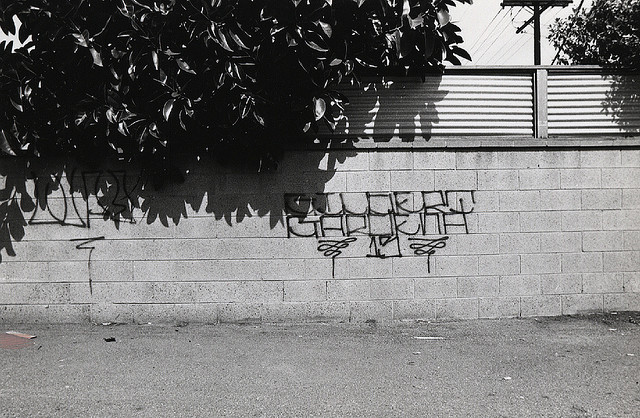 “Gilbert” representing his town as “Gardena”. 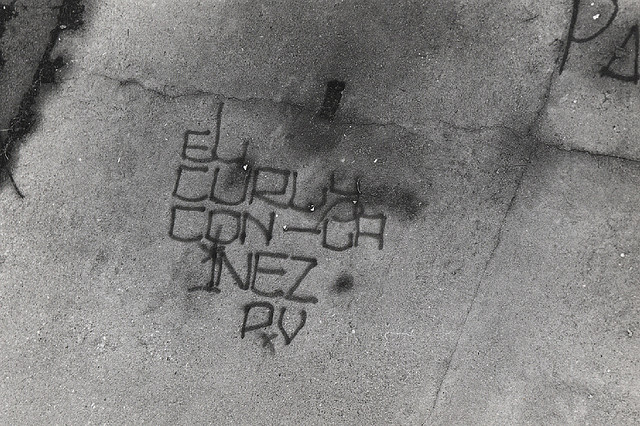 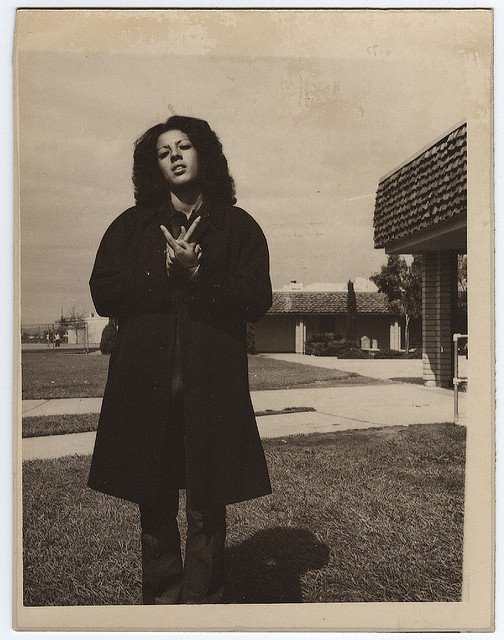 This Chola from the late 70s or early 80s displays the identifying hand sign of her gang or neighborhood. It appear to form the letter “V”, which could indicate any one of several gangs. Although serving the same identifying purpose as graffiti, hand signs are delivered up close and personal, often eliciting a violent response. The gangster knows this going in though and had better be prepared for action. On this occasion the sign is probably directed at a friendly camera. We can see that her left hand has been trussed in a thin black cord that wraps wraps around the wrist, hand and between the fingers. This was an industrial item that gangsters tied in a variety of ways with each variation having a meaning of its own.