Photographer John Collier, Jr. worked with the Farm Securities Administration and the Office of War Information in the years 1941 to 1943. He documented daily life in areas around the eastern U.S. and northern New Mexico. Collier was married to Dorthea Lange who introduced him to photography. His photographs during this period can be seen on Flickr thanks to New Mexico University-Maxwell Museum
of Anthropology. 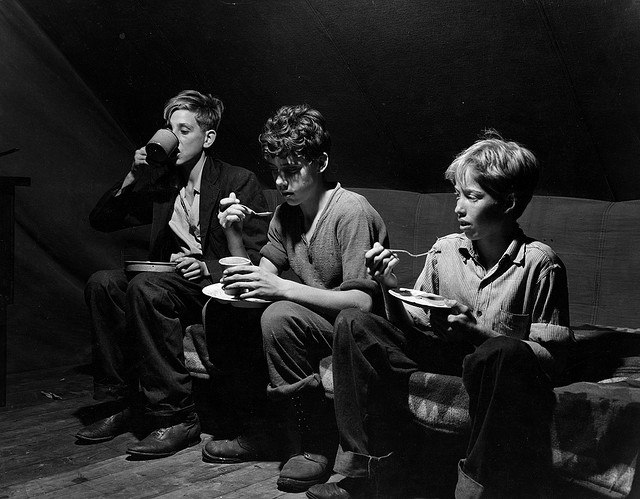 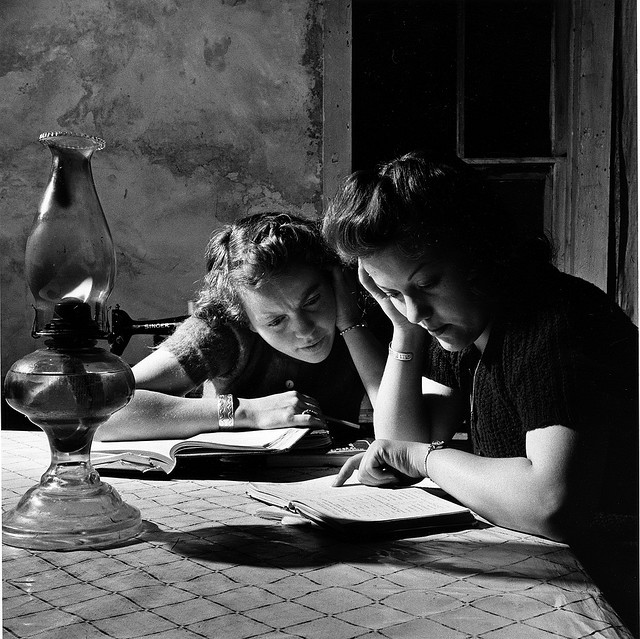 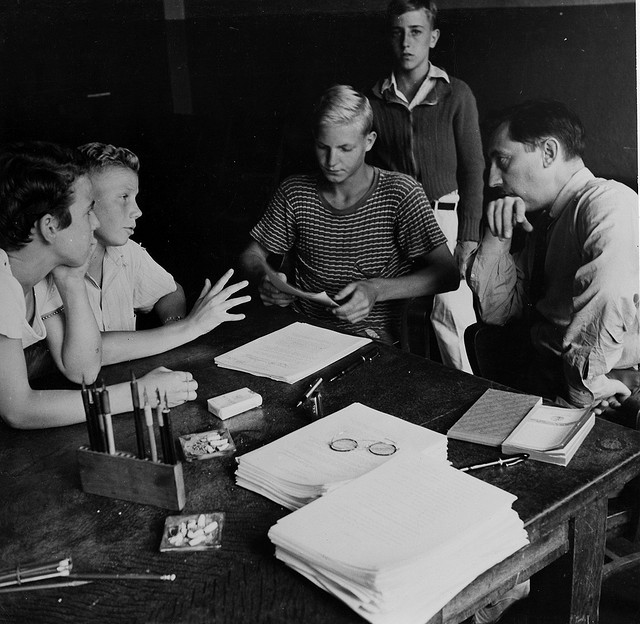 A high school boy who is slightly under age is trying to convince the FSA (Farm Security Administration) representative that he should go to New York to help bring in the harvest. Richwood, West Virginia, 1942 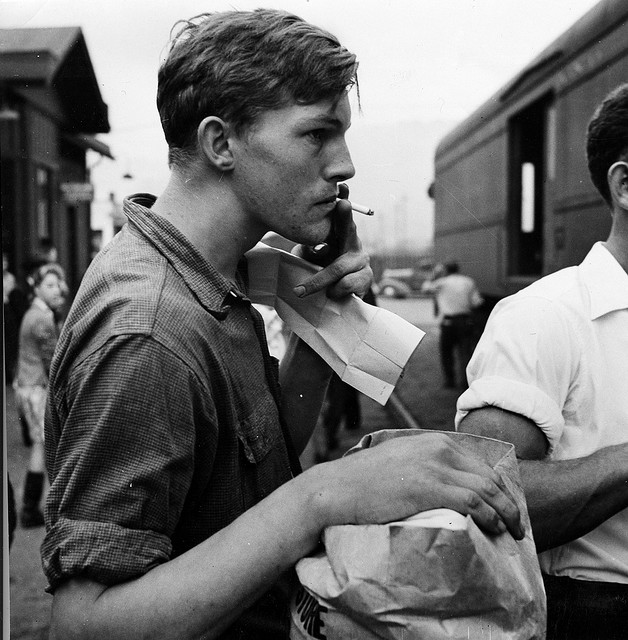 Young man boarding train for New York state, where he will help in the harvest.
Richwood, West Virginia, 1942

► Join our Teenage film Flickr group. Add your own teenage pics! Scan your Gramie’s photo album, upload pics from your quinceañera–share the memories–the embarrassing and the cool. ♥