I’ve decided that Eloise Hess is the coolest 16-year-old in California. She’s already mastered the art of curating by sharing her encyclopedic musical findings on a super smart blog called Verb/re/verb. She also started her own digital record label with co-conspirator Tyler Andere called Absent Fever. I thought I was precocious, but they’ve already released thirteen inspiring records for free! I wanted to pick Eloise’s brain about music and being a teenager in this interview. She has also generously compiled 4 tracks by 4 teenage, LA-based artists for your listening pleasure after the jump!

Matt Wolf: When I was a teenager in the late 90s in San Jose, my identity was pretty strongly tied to music. I’d go to this record store Streelight Records and buy the employee picks, especially this one Riot Grrrl’s faves (e.g. Spinanes, Sleater Kinney) and pick out records with cool artwork from the punk/indie section (Wire’s Pink Flag, Sonic Youth’s Dirty). Going to shows was a little intimidating for me because I was a loser. But I remember going to see my friend’s band the Dimes play at the YWCA. They opened for these super cute queer kids in a band called the Babysitters Club. I was crushed out. Is this kind of underage nostalgia a thing of the past? Were your music coming-of-age experiences all online?

Eloise Hess: 1. I would fall madly in love with anyone in a band as utterly well named as the Babysitters Club. 2. As unfortunate as this is, I imagine that 75% of my generation won’t ever feel such nostalgia. The most ostensible difference is that going to shows, digging through masses of vinyl, that was what discovering music constituted. From that searching you’d find a band or two, and that band or two would be paramount in your highschool years, because you discovered them. Today though, a Riot Grrrl at your local record store is not your source of a musical palette, it’s more likely to be a blog, Facebook even. Through that blog, you’re likely to find a profusion of bands you like, rather than that one or two. The unfortunate counterpart is the rarity that added together, all the bands that you’ve listened to online, in all probability won’t constitute such prominence in your life as that one band found at the YWCA did for you. I’m as guilty of diving into this online plethora as anyone. From it, I’ve come to meet the Riot Grrrl’s of the blogosphere, the Babysitters Club’s, the people who search as tirelessly online for music as you may have at your record store.

MW: I was big into America Online in high school. And I made a really crude website with pictures of Gumby and Dawn Weiner from Welcome to the Dollhouse that listed my favorite music and movies in manifesto-lists. I made some pretty cool AOL internet friends that way. I remember this girl Rachel Dunlap, who was super smart. We ended up sending each other epic snail mail, and I still have the picture she sent me. She later revealed to me that she had a dark secret—she was a twin, and she loathed her doubleness. Then she went away to be an exchange student in Finland to escape suburbia. I’ve tried to find her on Facebook, but I can’t. Rachel Dunlap are you reading this? Have you had some epic internet friendships? You met your label partner online, right? Do you ever meet your Internet friends IRL?

EH: Rachel Dunlap, do not take this as an insult, but that reminded me of the Heathers (from Heathers), who always loathed the mirror images of themselves—the suburban prom queens—they never quite made it to Finland though, did they?

Anyways, yes. I sent my (now) label parter (Tyler Andere) an email that probably appeared to be far more of a love letter than I had intended my “I love your blog” email to insinuate. From that we began skyping, days later we decided to establish a free-release digital label together, Absent Fever. We had released two albums before even having met. We’re onto our 13th release and have spent no more than 6 days together. It’s bizarre to recognize that some people whom I know nearly if not solely through the internet, know me more comprehensively than many I spend a load of time with. Tyler Andere, what is your dark secret?

MW: I love what you do because it’s about sharing. Lots of times curators or connoisseurs are very proprietary and territorial about their knowledge. Doing free or $1 releases is really generous. And very modern. What makes you want to share your ideas and inspirations online? Do you think you’d ever work in a conventional label model? That whole system is basically falling apart anyways, isn’t it?

EH: I’m glad that you perceive it to be generous, in my mind it’s just easy. The best thing about music being online is that it’s easy, and furthermore available. I think some curators may feel possessive over what they attain in order to counteract the availability, because exclusivity is enticing to audiences—but my thought is that nothing is truly exclusive anymore. If all is now accessible, its a matter of presenting that gem you have in a way that will make it a gem in the eyes of an audience who bathes in the many million grains of sand of the internet all day long, every day. Absent Fever curates visual pieces with each of our releases. I find that music is more compelling when its a full sensory experience, pairing images and writing with a song is just as important in an audiences perception of the song as is the music itself. I don’t think we’ll ever work in a conventional label model, but tangible elements to our releases are well into accumulation. To put it lightly, the dark abysmal depths of sewers are awaiting the flush of the standard label formula as we’ve known it. You should probably plan something nice to say at it’s funeral. 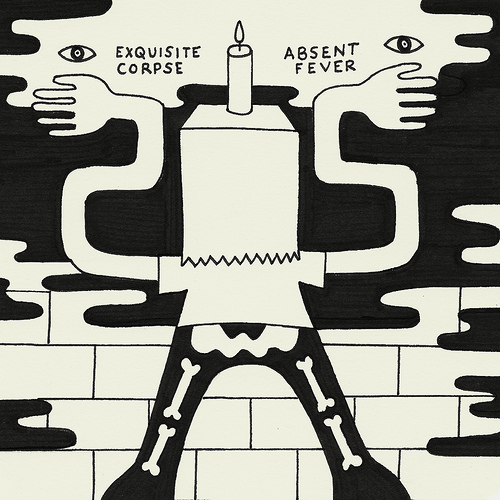 MW: Do you find it hard to relate to people your age, or do you kind of live in the moment? I was always trying to forge friendships with older kids and adult when I was young. Now it’s really cool to learn from younger people like you and Izzy who we work with on the blog.

EH: It is difficult to relate to people my age in relation to music, though I wouldn’t necessarily say that I make any ounce of an overt effort to either. I rarely talk or speak of my blog and label at school – which may create the impression that I’m some undercover CIA agent in regards to my lack of GBSH817 Discussion (code for blog talk)… if only that were true. Much of what I do with my free time doesn’t fall hand in hand with what most others my age do with theirs—Example 1: concert > weed saturated high-school party. It seems though that its the start of an influx of young musicians in LA, which is comforting. It’s much easier for young people to make music because of technology, all thats needed is a computer. It’s also “trendy,” but I’d rather declare technology and society responsible for an inflation of music than an Urban Outfitters corporate team.

MW: In 10 years do you think there’s one song that might epitomize your 16th year? 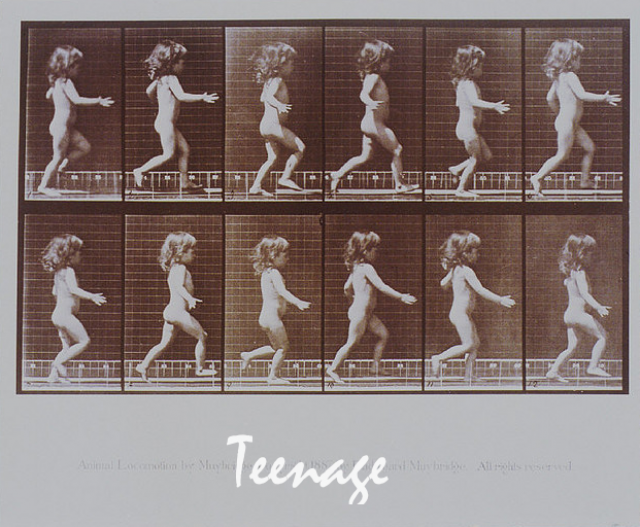 (artwork by Eloise for Teenage Fanclub mix)
Listen to 4 tracks by 4 teenage LA based artists curated by Eloise: