Live… Suburbia is a book for anyone who has ever gone from aggressive BMX to skate, from heavy-metal to hardcore, from punk to straight-edge. Those who pack into cars to get to shows, watch skate videotapes, chill in mate’s bedrooms and in parking lots; a skateboard under one arm, a 12″ in the other. Max G. Morton is an author who came of age in the transition from the 70’s to the 80’s.  Anthony Pappalardo, “skate-edger,” played in two influential 90’s hardcore bands: Ten Yard Fight and In My Eyes. The two combined their reflections on the heyday of hardcore, punk, straight-edge, skating, and the suburbs — and its end — into a document of post-1960’s adolescent counterculture. 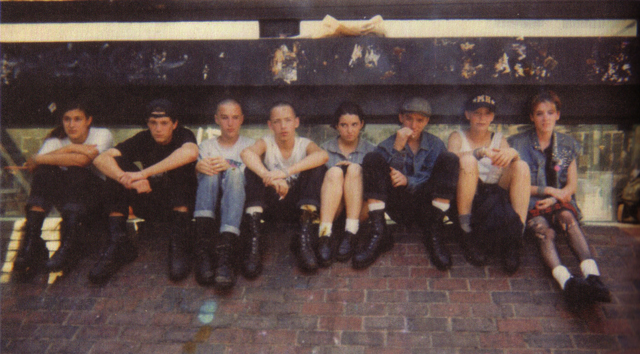 “What I liked about hardcore more than metal was that the dudes in the bands and in the pictures looked like me. […] They weren’t sporting mohawks and spikes and shit; they had the clothes I had. Being a punk was actually fucking expensive: Doc Martens, Manic Panic hair dye, and a leather jacket would run you at least 300 dollars, which wasn’t in my universe. […] I loved the idea of heavy music and heavy morals. Hardcore was a perfect fit for my brain then. Maybe it was my Catholic background of strict parents that made a dude barking orders at me sound totally normal and actually cool.” 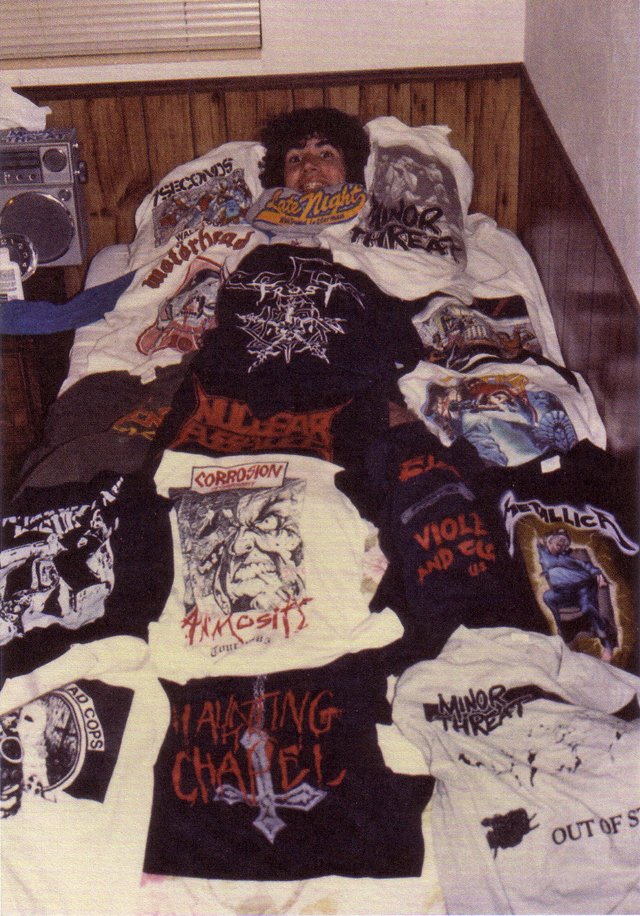 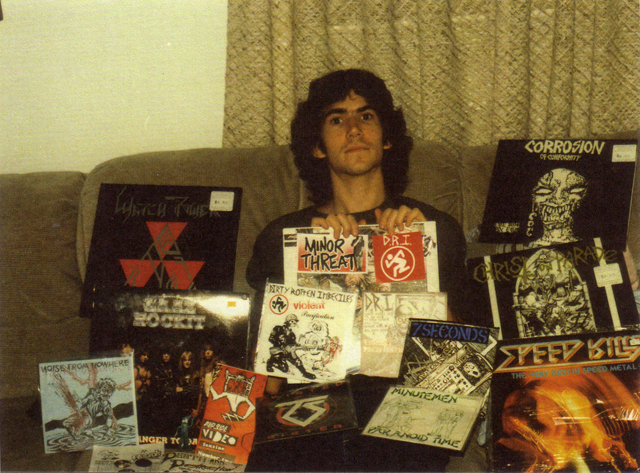 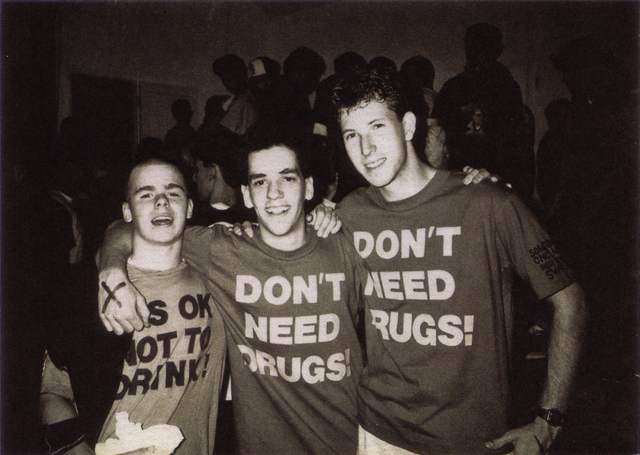 “On the surface, the idea of a sober army of fucked-up kids sounded completely scrambled, but plant this crew in the largest college town on earth, run by drunk pledges puking yellow beer nine months out of the year, and it’s no surprise that this movement happened as a response to pretentious art school kids, underread junior liberals, and loud frat boys.” 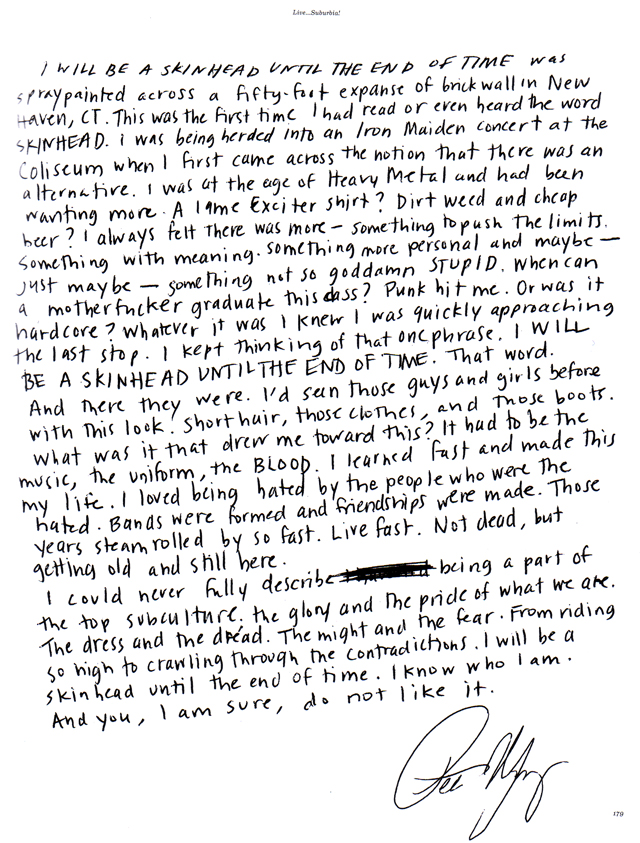 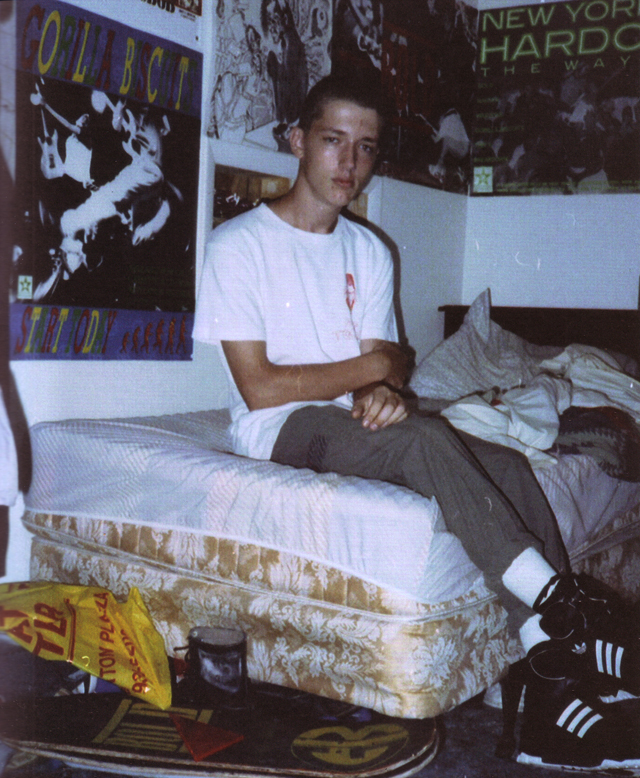 “The choice was simple: you bought a pair of Blind jeans or Big Deals and you wore them ’til they walked away on their own. […] Some kids resisted this new trend and like bitchy old men, they’d bash us for being brainwashed and looking like clowns. We did look fucking stupid, but they looked equally stupid in their tight, stained undershirts and old-school Vans high-tops that looked as long as canoes and hurt their feet. We didn’t care that they looked like Tom Knox in some Santa Cruz video that you never watched, so why should they care that we looked like a pack of crayons rolling around on popsicle sticks?” 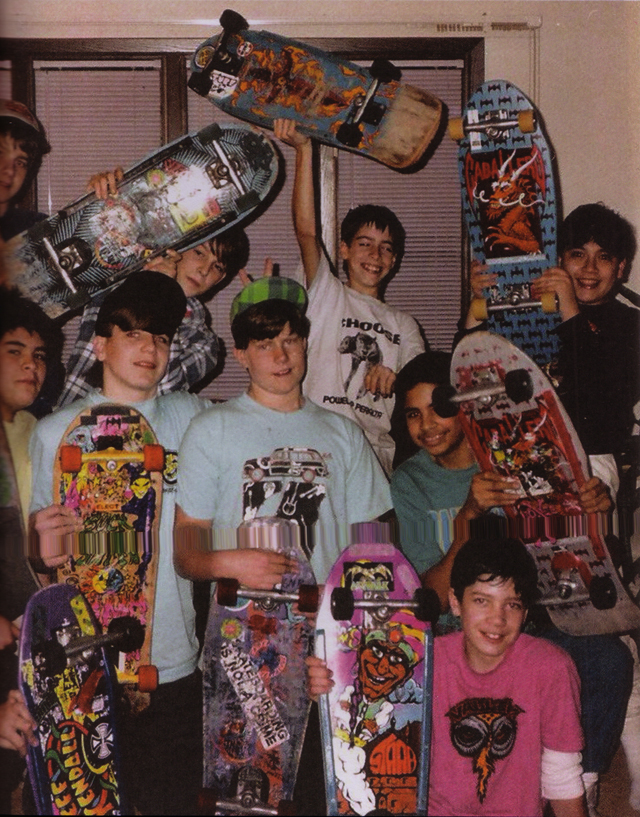 “Leaving suburbia was a blur. I remember learning one day that I could control Tony Hawk with a joystick and that KISS wore makeup again. Straight edge men threw baseballs and wrestled on television. The one-dollar bill had a Crimson Ghost on it. No hardcore record had sold a million copies but every dorm came with a copy of Check Your Head.

In the present, Cindy Lauper rang up my groceries. A man who was once kicked out of every skate spot and punk show for being annoying designed propaganda that aided the election of our current president. All the humans I wanted to meet as a suburban teenage boy in the late 1980s had become franchises in my hometown mall.” 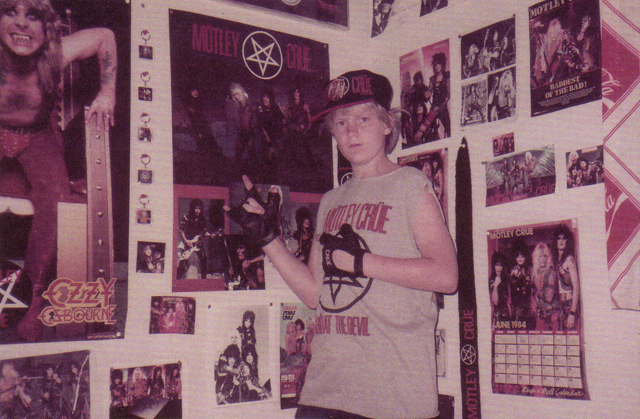 Rod Glacial is a writer based in Paris, France.  He blogs at Fluogacial.