Teenage Bedroom houses an endless supply of teenage styled interiors. We’re totally obsessed—oogling every inch of these rooms packed with stuff. Kate Williams offers her ideas on teenage spaces and the importance of her own teenage bedroom.

Though my mother insists that teenage bedrooms are ephemeral and not meant to last forever, I mourn the loss of mine. It was a lot like the rooms in these pictures—packed to the gills with stuff, some which represented me and who I was and the person I wanted to be, and some stuff that was just stuff.

Over the past year of collecting teenage bedroom photos, I’ve learned that this is actually one of their defining characteristics—some of it means a lot, and some means nothing at all. 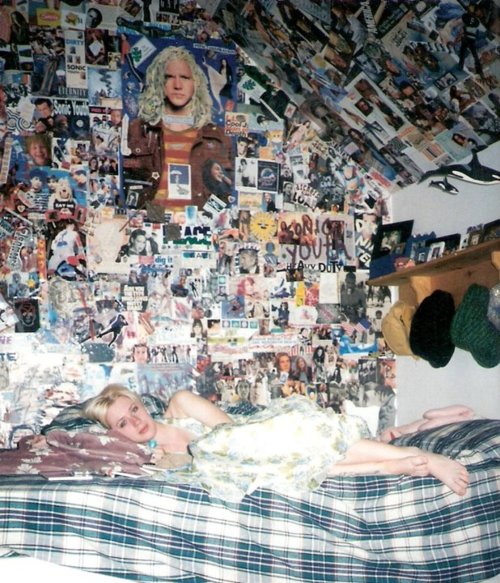 One of my walls was covered with a makeshift rainforest that I had collaged out of pictures from my mom’s gardening catalogs, and another with giant watercolors I’d done of cartoon characters. There were lots of Guess ads and fashion editorials ripped from magazines, but also posters for bands I didn’t care about or hadn’t even heard of. There was just something in me that rebelled against wall space. It must be covered. 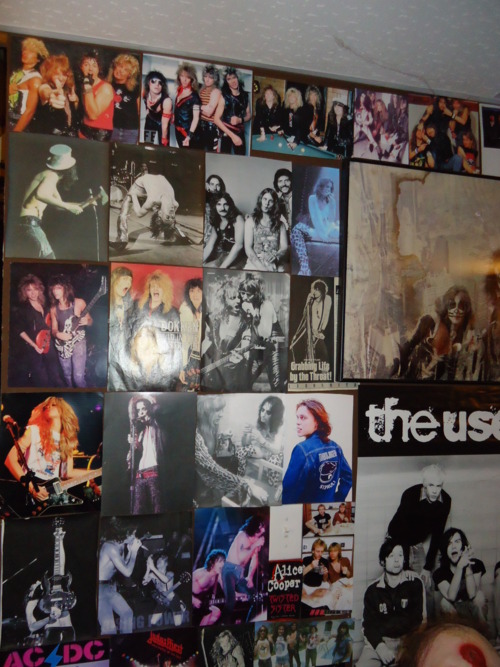 One thing I remember about my bedroom was this persistent feeling that if strangers saw it, they would become instantly convinced that I was cool. I was on the pom-pom squad and student council—popular, maybe; cool, no—and the kids who listened to Pavement wanted nothing to do with me. And why I thought that Jars of Clay poster (which I’d gotten for free) stuck to my ceiling with sticky-tack would alert them to the artistic soul that I thought burned within me, I have no idea. 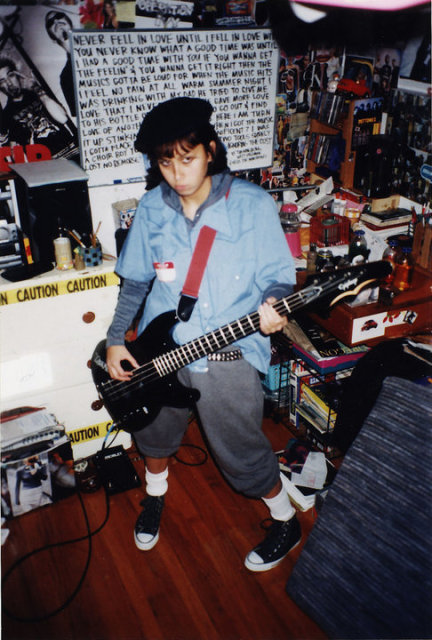 One of my favorite things about looking at all of these bedroom photos is seeing the non-discriminatory way in which stuff is displayed. Family heirlooms are alongside trash—like, legitimate trash. Everything is saved, from glass bottles to candy wrappers, plastic utensils and cereal boxes. 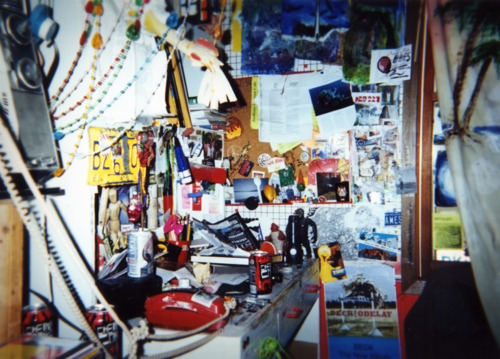 If I want to read into it, I can say that we looked at these objects in the same way we hoped other people looked at us. It might be worthless in someone else’s eyes, but we can tell how special it is, how unusual. We look at this Styrofoam tray, and we know that it is full of beauty, a wonderful thing just waiting to be recognized and discovered. That crushed Dr. Pepper can is just waiting to reach its full potential, if only someone will notice and take the time to help it get there. 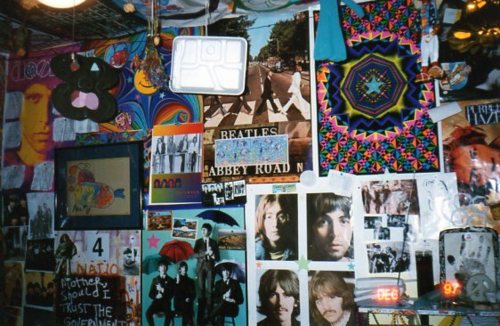 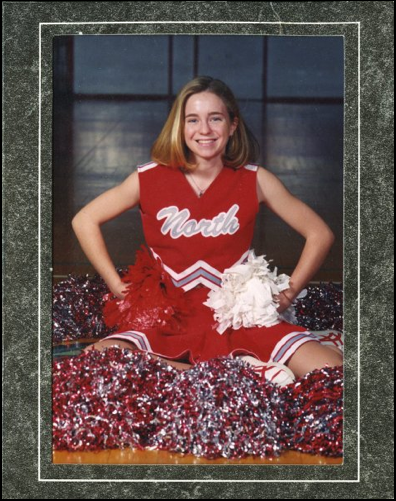 –Kate Williams is a writer and editor who runs teenagebedroom.tumblr.com.
As a teenager, she dreamed of being able to order whatever she wanted from the Delia’s catalog.

All photos are submissions to Teenage Bedroom.