He was recently interviewed by Zineage Kicks:

Jaboni Youth was the expression of three conditions. (1) I lived in the suburbs and I was bored & longing for human connection. (2) I was excited about underground music & culture. And I was (3) even more logorrheic than I am today.

I continued it throughout my four years of college. It fulfilled the role of introducing me to a world beyond the world I lived in at the time. I hope and expect that desire to interact with other people through culture will never change. 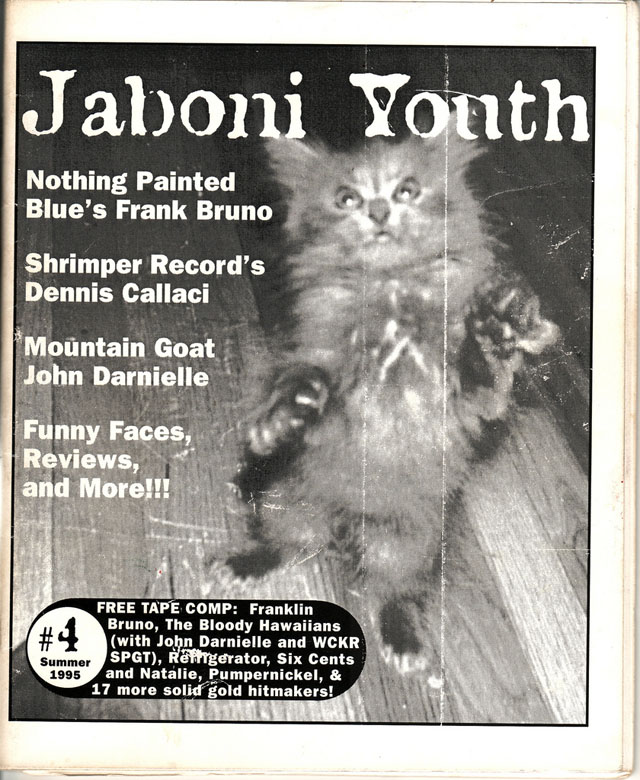 Did you have a particular remit, a swathe of music that you covered?

As the Californians I was being introduced to throughout college might have put it: “Hells no.”

The zine was really an exploratory device. I’d say I mostly covered what you’d broadly term “indie rock” — punk rock, singer-songwriters trying to mask their identities, and some weirder experimental noises. I remember a kind of music that was “lo-fidelity” being given a lot of attention. At the time that included singer-songwriter savants like Elliott Smith and Smog. The only genres that I don’t think I touched upon all that much was electronic music and classical (unless you’d consider Rachel’s classical). And, of course, anything R&B and hip-hop-oriented was probably given short shrift. In retrospect it makes me really, really really sad I did not capture my 20-something musings on Biggie Smalls.

Read the full interview at Zineage Kicks and for more Jaboni Youth check this interview in the Yale Herald from 1997.