Mark Robbins traveled to Kigali, Rwanda from upstate New York to stay with a friend, Yutaka Sho, who was teaching at the Kigali Institute of Science and Technology in the summer of 2011. There he photographed (not only in Kigali but also a nearby village) teens in their homes, sometimes with Ms. Sho, sometimes with a sibling, sometimes alone. 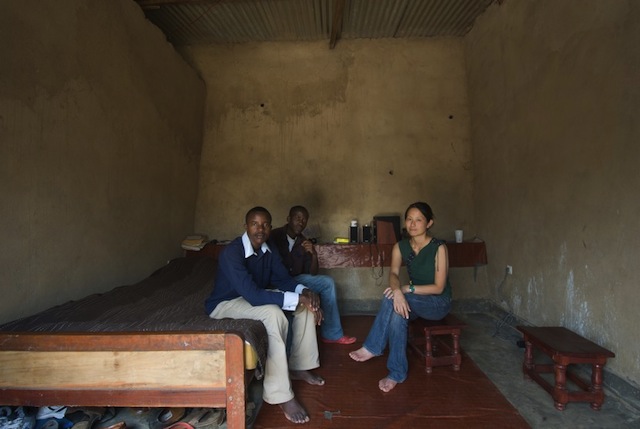 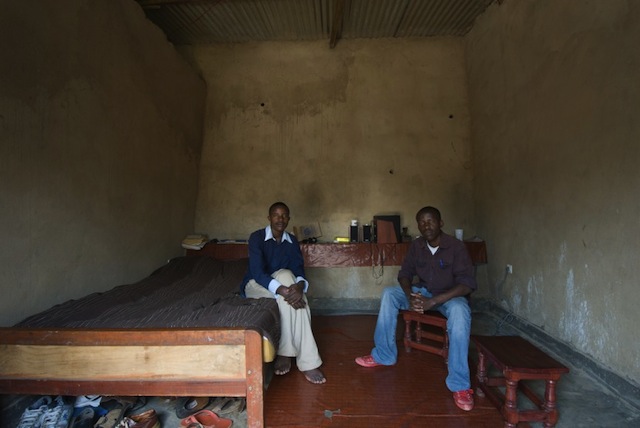 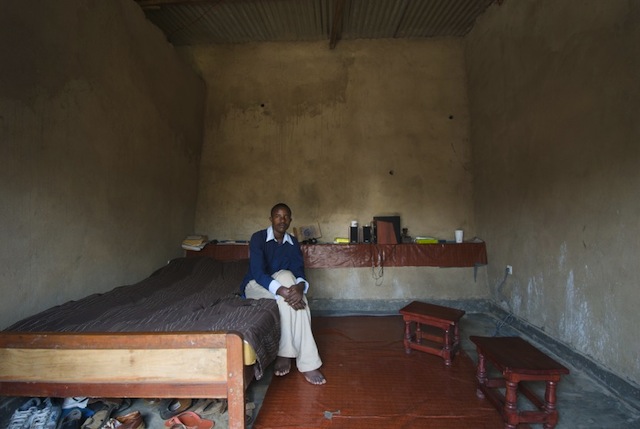 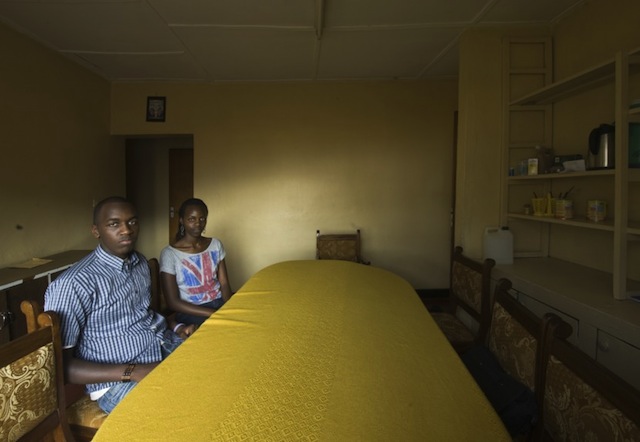 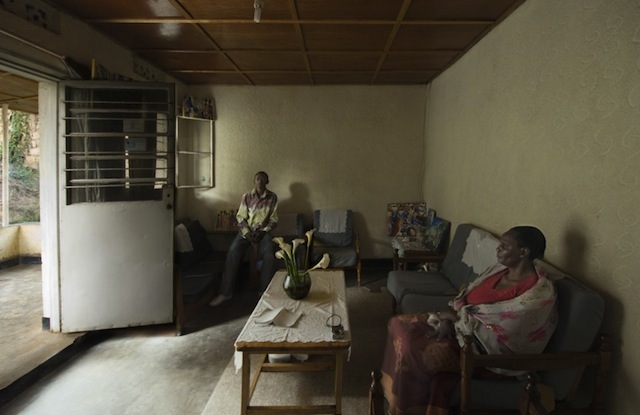 John and Mother with lilies, Kigali, 2011