Red Corporal Yelizaveta Feodorovna Mironova, 255th Marine Brigade Black Sea Fleet of Novorossiysk, was a teenage sniper. It is confirmed that she killed at least 100 men. On September 10, 1943, during the Battle of Novorossiysk, she was very badly wounded. Her liver was perforated and developed into peritonitis. She died in the hospital two weeks later, at the age of 19. The Red Army is thought to be the decisive element in the Allied victory over the Germans during WWII. 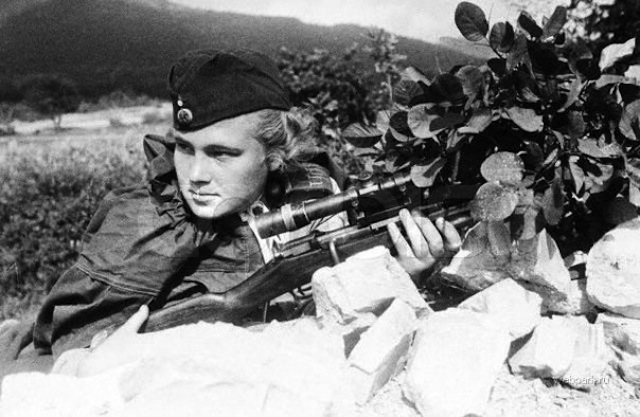 As they say in Russia, “Ты ей вдоль” or “every woman is a rebel.”