The Viper Room, 2009. My band and I are sitting on the stage behind a thick red velvet curtain. It’s eight o’clock and we are scheduled to perform at ten. We can smell beer, cigarettes, and sweat. It sounds like everyone is having a fantastic time. But we have no way to know, because we are forced to stay on the stage, behind the curtain, until the moment we play.

As soon as we finish our set we are escorted right out of the club and onto Sunset Boulevard as another band takes the stage.

This was not the first time that the moment we stopped playing and packed up our gear, we were swiftly ushered out of the club and on to the curb. It seemed ironic that I couldn’t hang out and listen to other bands in clubs where I’d just played. I’m lucky that I sometimes got to hang out and hear the music, unlike other teenage music fans who, unless they have a high quality and expensive fake ID, are regularly turned away at the door after being told the show is 18+ or 21+.

Not being able to see a young band just starting out–when they have to carry their own stuff, are forgetting lyrics and wearing outfits that are destined to be “Before they were stars” pictures in gossip magazines years later—means having to wait years to see artists, and by then they’re playing a watered down, mainstream version of their once sweaty East Village club kid sound, at Madison Square Garden.

Enter Sam Kilcoyne, the dashing British lad and musician, who in 2007, at the age of 16, decided that he was fed up with constantly being denied access to see alternative bands like the Horrors and the Claxtons play live. His frustration gave birth to the most kick ass solution ever, bring emerging talent to the audiences who want to hear it. Five years later, his festival aptly called the “Underage Festival” is coolest place for rising bands and teenage music fans to come together. In 2008, the second year of the festival, the attendance was over 10,000. 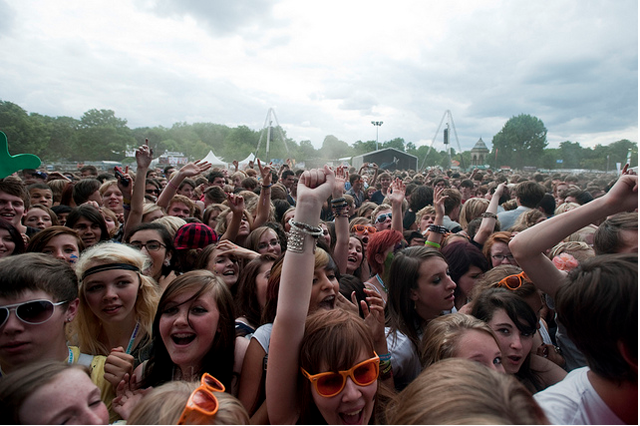 Because the entire idea is to foster the teenage community, they impose a strict 13-17-age limit with security guards checking for underage and overage I.D.s at the gates. For one weekend in the spring, the festival takes over Victoria Park in London drawing some extremely high profile performers like M.I.A. ,Ellie Goulding, Crystal Castles, the XX, Florence and the Machine and Bombay Bicycle Club. The festival is alcohol-free and has been sponsored by corporate giants like Red Bull and Converse.

I had the privilege of playing the Underage Festival in 2008 and honestly besides making me want to grow a British accent (that’s how one gets an accent right?) it was one of the most fun shows I have ever done. And easily the best crowd I have ever played for. Without the booze and the need to cop that adult posturing and judgment so common at shows, people danced like crazy, sang along, and had a really awesome time.

Kids are some the best music fans because they are open to everything and genuinely want to support artists they like. Underage is also really fun for artists, because without the pressure from industry sharks or dick-ish club promoters looking to make a buck, they are able to really their performance and hanging out with fans post-show.
I understand that we can’t all pack up and move to London (as much as I would like too…sigh) but the Underage Festival really proves that not all teenagers are brainwashed mini Miley Cyruses. Teenagers are cool, man — and appreciate good music and want to hear it live. Certainly there is money to be made in underage and all-ages shows, in one year alone the Underage Festival raked in ten thousand ticket sales plus drinks and merchandise. Someone is making a killing off these kids. 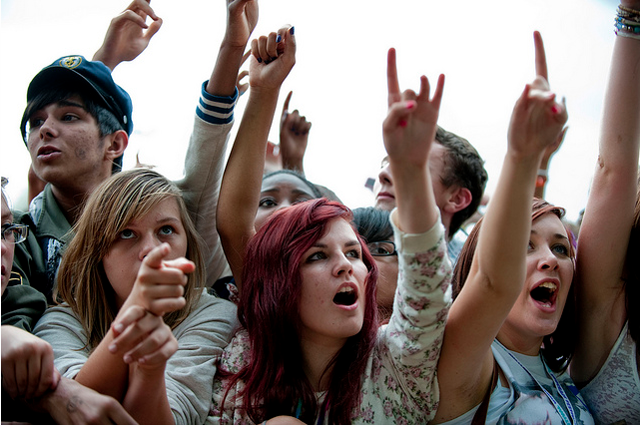 So, one has to wonder why there isn’t a stateside equivalent of the Underage Festival here? I’m sure that American teenagers, if not my fellow painfully self-aware New Yorkers –who won’t be caught dead engaging in any behavior not totally ‘adult’, in an endless quest to grow up, now, would go. (Incidentally, that’s my theory on why teenagers smoke, because honestly why else would you do that to yourself?). Or is it a matter of there not being a space big enough to support an outdoor underage festival in the states? Whatever the reason, America is being super lame.

While we’re waiting for America to step it up and give us an Underage Festival there are other places putting on underage and all-ages shows from coast to coast. 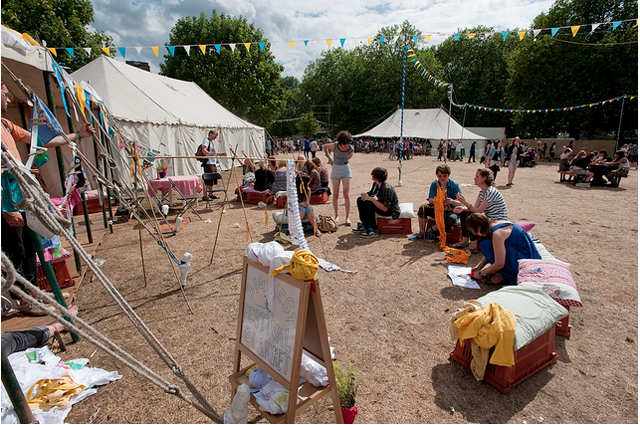 In coming posts, I will report on venues on the forefront of the movement for music equality for all ages, from the most popular clubs to those off the beaten track, and some super DIY spaces . Stay tuned. If only so you can say, “Yeah, I saw them before they were big.”

Photos of the Underage Festival 2010 via here.