I was a teenager from approximately 1997 to 2003. In layman’s terms, that means I own every book from The Babysitter’s Club series, but what I really grew up with was The Babysitter’s Club Little Sister spin-off. Sweet Valley High was never my bag (one of my biggest regrets), but I have read everything Judy Blume has ever written, including a very long Q&A in an AOL Chat Room (remember those?). In middle school I memorized the first chapter of “Just As Long As We’re Together” in its entirety and practiced it regularly to make sure I hadn’t forgotten anything. Where I thought this talent would take me, I’m not sure, but that’s how I spent my free time when I wasn’t ordering rainbow-striped board shorts from Delia’s or anonymously mailing my wilder, more socially-adept friends articles on the dangers of cigarette smoking. 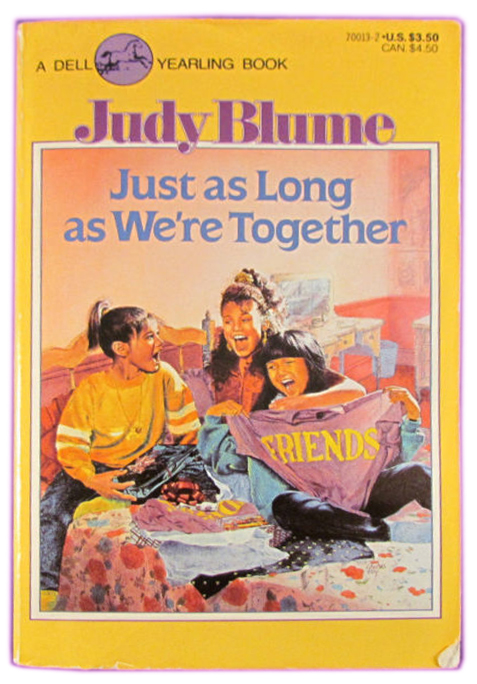 I was always a good girl who wanted desperately to be bad. I hated when my mom deemed other girls in my class “fast” and told me not to hang out with them. How did she know I wasn’t one of the fast ones? Here’s a hint: accessories for my American Girl doll, Felicity, were still topping my Chanukah list well into my early teens.

Needless to say, I devoured books about girls my age who did the things I wanted to do but couldn’t, girls who things just seemed to happen to. They might be locked in the attic with their suddenly-sexually-alluring-to-them brother (“Flowers in the Attic” by VC Andrews), or maybe they discovered in their teens that they’d been raised by their own kidnappers their entire lives (“The Face on the Milk Carton” by Caroline B. Cooney), or they recently started receiving creepy blackmail notes threatening to reveal the darkest secrets of their past (“Chain Letter” by Christopher Pike). I loved these girls. I wanted to be these girls.

But did I mention that I was kind of a prude? Even as I lusted over these deliciously trashy titles in the genre that would now be called YA (back then we just called them “totally awesome”), the goody-goody inside me had a serious sweet tooth. She craved novels about girls who actually were like her, girls who stayed in on Saturday nights to hang out with their parents and who considered kissing a very big deal.

Lucky for me, it turned out teen fiction was being published long before I became a teen myself. In fact, there was teen fiction all the way back when my MOM was a teen. When girls could, say, hang out with their parents and consider kissing a very big deal and still be seen as at least somewhat normal. Which is precisely how I discovered my favorite YA books of all: Beverly Cleary’s little-known teen romance novels, all written between 1956 and 1963, titled “Fifteen,” “The Luckiest Girl,” “Jean and Johnny,” and “The Sister of the Bride.” Like any self-respecting Ramona Quimby fan, I was shocked that there were Beverly Cleary books I had never heard of. Especially books that were as magical as these:

“Fifteen” – a good, wholesome girl named Jane who doesn’t quite fit in with the cliques at school and longs to be more like the sophisticated, popular girls begins her first ever romance with the new boy in town, a certified hottie named Stan. And… that’s it. There’s not much else to it. They go on dates, she worries about who he will take to the dance, and in the end they decide to go steady. Oh, and she meets him while BABYSITTING. Let me tell you, I used to babysit – with particular frequency after reading this book – and all it ever got me was five dollars an hour and unlimited access to Fruit-by-the-Foot. I guess fast girls would have snuck their boyfriends in for some dry humping before the parents got home. But I never had a boyfriend, and the fast girls probably had better things to do than babysit.

“The Luckiest Girl” – my personal favorite. A good, wholesome girl (notice a pattern here?) named Shelly leaves her home in Oregon to spend a year living with family friends in California where, despite being just a regular girl at her old school, she becomes very popular and catches the eye of the star basketball player. My mom’s best friend from college happened to live in California and after I read this book, I begged to be sent there. I thought that if, like Shelly, I could live among orange trees in a big house with an eccentric family that wasn’t my own, I would be pretty and popular, too. 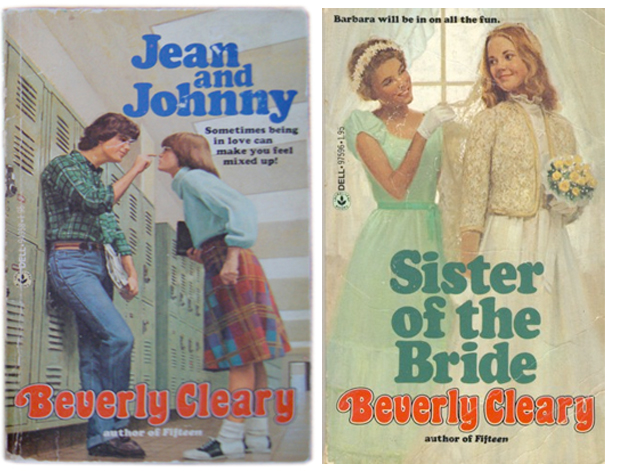 “Jean and Johnny” – insecure bookworm Jean somehow catches the attention of handsome Johnny. They don’t quite date, but he treats her like a little pet, and she obsesses over him as we insecure bookworms are wont to do. This is really a book about a first crush and – SPOILER ALERT – it does not end well. I always liked this book but wasn’t gaga for it. I think it hit a little too close to home for me. You can only get excited about a senior boy calling you on your own personal phone line so many times before you realize they’re always calling to find out if your cute best friend might go to third with them.

“Sister of the Bride” – this time our heroine is named Barbara. She is jealous of her sister who has just announced she is getting married while Barbara’s own romantic prospects are negligible. Her two potential love interests are nothing special. Barbara pursues these boys with the usual 1950s setbacks, i.e. she bakes cookies for Bill and instead of falling for her, he sees this as a sign of her domesticity and asks her to mend a shirt. But seriously, how great was life back then?! Today Bill would be asking her for a blow job. In the end, Barbara gets some helpful advice from her grandmother (her grandmother!) and realizes there’s more to life than boys.

I read these books over and over, looked longingly at the pretty-girl illustrations on the covers. There was a feeling as I flipped the yellowing pages for the fourth or fifth or tenth time that maybe an osmosis would occur, that some of the magic would be transferred onto me. I would no longer be a frizzed-out too-tall teen who should probably see a dermatologist. I’d be Jane, Shelly, Jean, or Barbara: good and wholesome but also popular, beautiful, and, above all, lucky. The kind of girl other girls would want to read about. 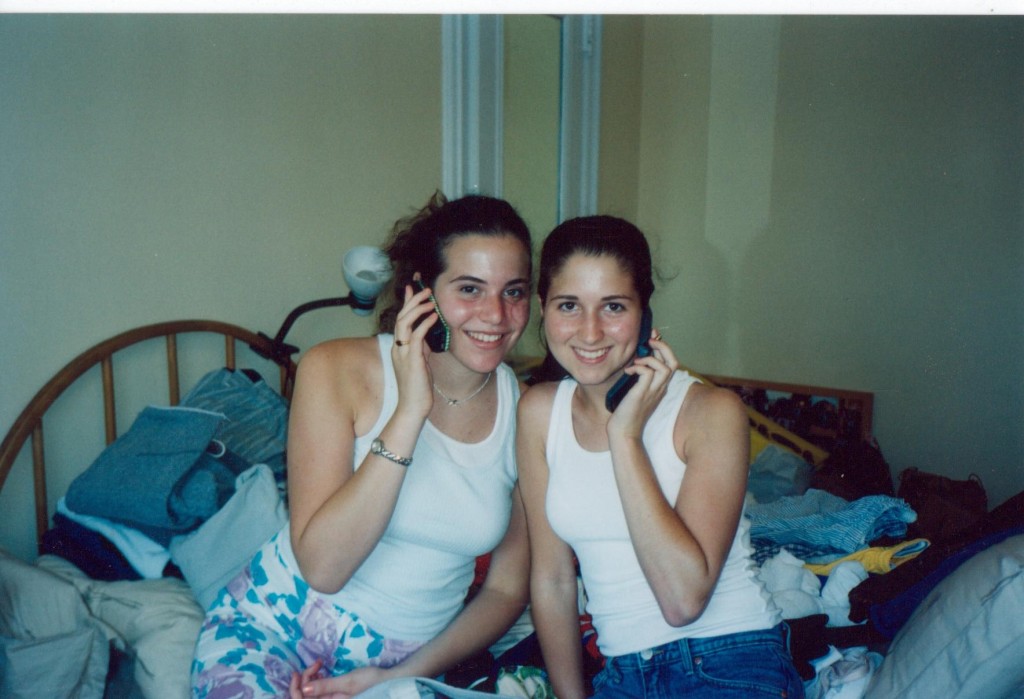 —Sarah Heyward has been writing stories forever and screenplays for the past few years. She got her MFA in fiction from the Iowa Writers’ Workshop and currently writes for the upcoming HBO show “Girls”. If you want hourly updates on her Lisa Frank sticker collection or love of Cocoa Pebbles, check Sarah out on Twitter— @shinyunicorn.