Samantha Smith is remembered for her courage and efforts for peace in writing a letter to Soviet leader, Yuri Andropov in 1982. She visited the USSR as an American ambassador. She was tragically killed in a plane crash in 1985 in a failed landing attempt at the Auburn Lewiston Municipal airport. 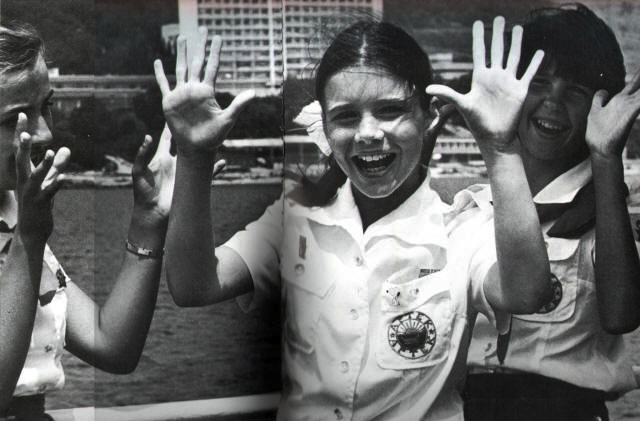 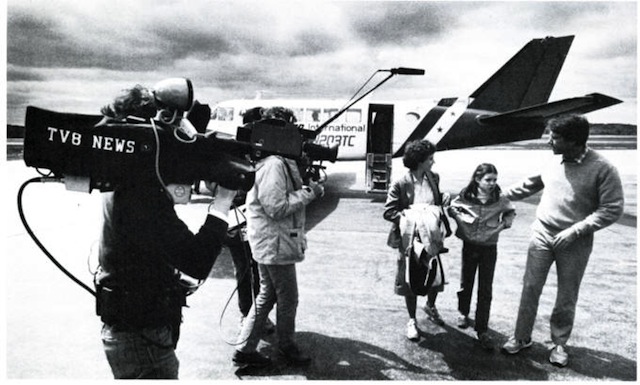 Below, a photograph of Yuri Andropov as a teenager. 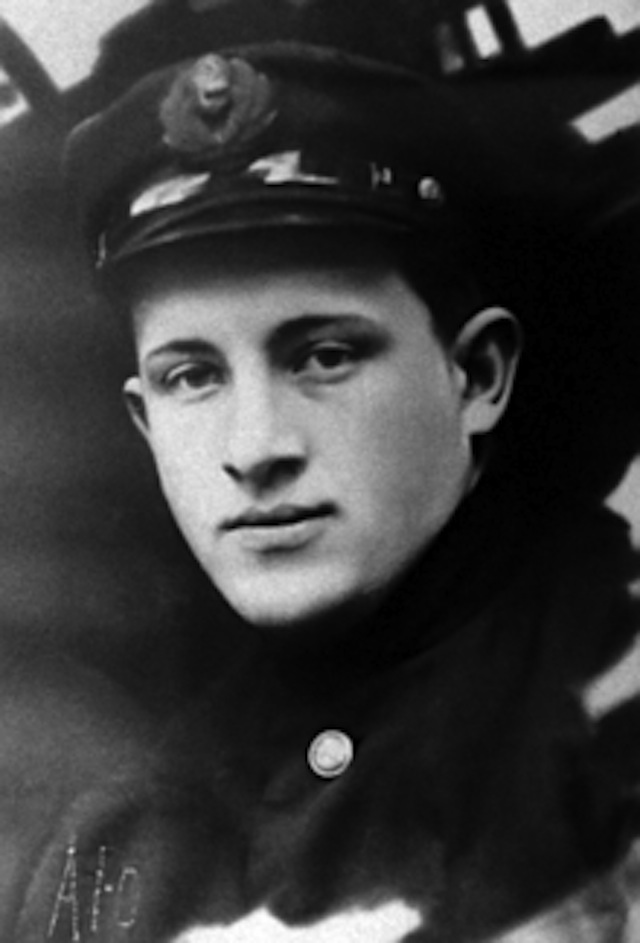 My name is Samantha Smith. I am ten years old. Congratulations on your new job. I have been worrying about Russia and the United States getting into a nuclear war. Are you going to vote to have a war or not? If you aren’t please tell me how you are going to help to not have a war. This question you do not have to answer, but I would like to know why you want to conquer the world or at least our country. God made the world for us to live together in peace and not to fight.” 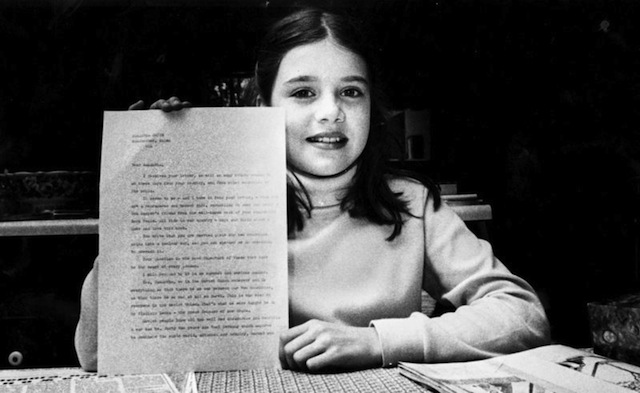 Andropov wrote a three page letter back to her.  It reads:

I received your letter, which is like many others that have reached me recently from your country and from other countries around the world.

It seems to me—I can tell by your letter—that you are a courageous and honest girl, resembling Becky, the friend of Tom Sawyer in the famous book of your compatriot Mark Twain. This book is well known and loved in our country by all boys and girls.

You write that you are anxious about whether there will be a nuclear war between our two countries. And you ask are we doing anything so that war will not break out.

Your question is the most important of those that every thinking man can pose. I will reply to you seriously and honestly.

Yes, Samantha, we in the Soviet Union are trying to do everything so that there will not be war on Earth. This is what every Soviet man wants. This is what the great founder of our state, Vladimir Lenin, taught us.

Soviet people well know what a terrible thing war is. Forty-two years ago, Nazi Germany which strove for supremacy over the whole world, attacked our country, burned and destroyed many thousands of our towns and villages, killed millions of Soviet men, women and children.

In that war, which ended with our victory, we were in alliance with the United States: together we fought for the liberation of many people from the Nazi invaders. I hope that you know about this from your history lessons in school. And today we want very much to live in peace, to trade and cooperate with all our neighbors on this earth—with those far away and those near by. And certainly with such a great country as the United States of America.

In America and in our country there are nuclear weapons—terrible weapons that can kill millions of people in an instant. But we do not want them to be ever used. That’s precisely why the Soviet Union solemnly declared throughout the entire world that never—never—will it use nuclear weapons first against any country. In general we propose to discontinue further production of them and to proceed to the abolition of all the stockpiles on earth.

It seems to me that this is a sufficient answer to your second question: “Why do you want to wage war against the whole world or at least the United States?” We want nothing of the kind. No one in our country—neither workers, peasants, writers nor doctors, neither grown-ups nor children, nor members of the government—want either a big or “little” war.

We want peace—there is something that we are occupied with: growing wheat, building and inventing, writing books and flying into space. We want peace for ourselves and for all peoples of the planet. For our children and for you, Samantha.

I invite you, if your parents will let you, to come to our country, the best time being this summer. You will find out about our country, meet with your contemporaries, visit an international children’s camp—”Artek”—on the sea. And see for yourself: in the Soviet Union, everyone is for peace and friendship among peoples.

Thank you for your letter. I wish you all the best in your young life.”