Co-ed proms (women only) were not uncommon in the 1920s, often the big social event of the season. Colorado State University hosted this smashing, dress-up themed co-ed prom in 1928. The girls wore endearing and/or un-PC costumes such as Snow(wo)men, Indians, “Orientals”, Pirates, and Cats. Some attended as couples, some stag. Around the late 1930s co-ed proms became less popular as men demanded attendance and the homosexuality scare flared. 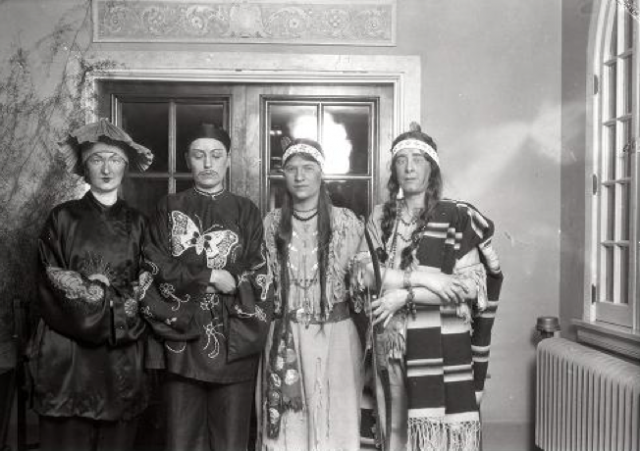 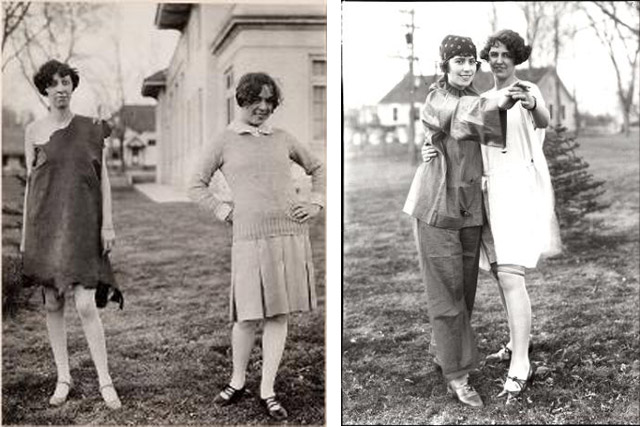 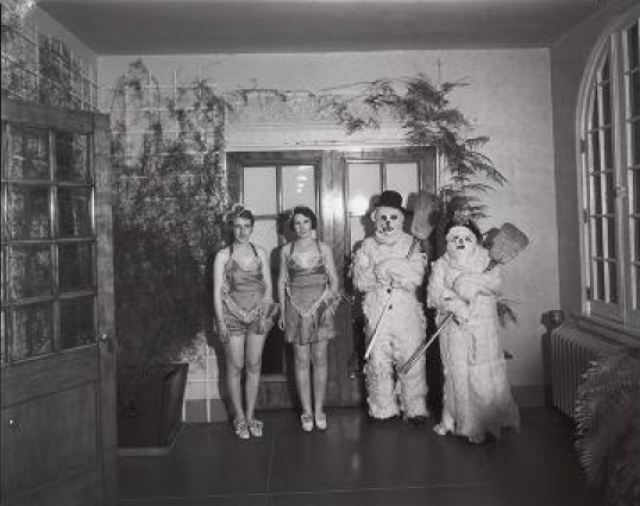 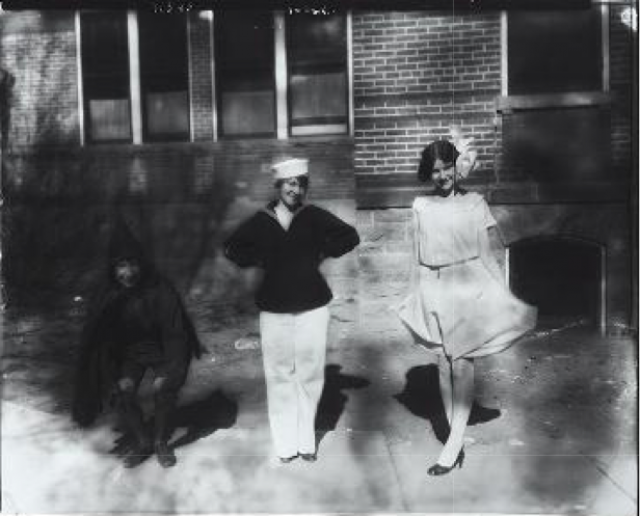 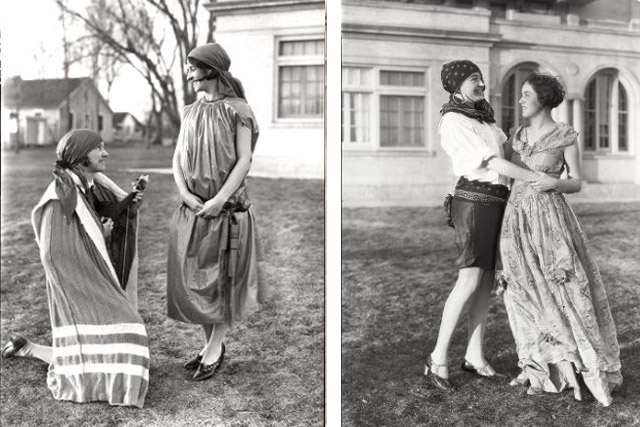