As a teenager in Bristol I remember walking down Park Street while my friends ranted about this infamous wordsmith ESPO…his style, his hair, and his legendary East Coast hustles. I still don’t know why, or how, they knew so much about ESPO, but from that point on my interest in the American graffiti artist grew. ESPO became my hero for the summer; my symbol of adventure and underground talent.

With this in mind let me introduce the man himself in an interview where he reflects on his teenage years as a graffiti artist, on teenagers in general, and his thoughts for the future.

‘Quality Communication Without Permission’: An interview with ESPO

1) Complete this sentence: when I was a teenager I was……
Figuring it out.

2) How, and when, did you get into graffiti?
November ’84. It was a neighborhood craze.

3) What was your favorite part of painting as a teenager?
It was the realization and visualization of the freedom I was gaining.

4) Do you see connections between tagging and youth, I mean do you think teenage years bring a kind of dare devil enthusiasm to graffing?
More the idea that the teenage years are when you are defining yourself.

5) What is the biggest risk you took as a teenager to get a good tag?
Sneaking out of the house between parental snores.

6) As a teenager at school what role did you play in your group of friends?
a] Leader
b] Clown
c] Ladies man
d] Dare devil
e] Other [please specify]
A and B, exclusively

7) When did you first decide to get that crop your so famous for (I’m talking about your hair by the way)?
20 or so. When did Barton Fink come out?

8 ) What did you dress like when you were 13?
Mostly cast offs, I had a cool AC/DC half sleeve, and an acrylic Lacoste sweater, and nothing else but Sears.

9) What did you dress like when you were 19?
I had a full wardrobe of Polo that I would forsake as I entered my 20s and took on a vow of poverty.

10) If it changed, why did it change?
Got a good restaurant job with plenty of expendable cash. Then later my rent and publishing activities took all that away.

11) How have your feelings changed towards graffiti, does it feel different to paint now than when you were a teenager – do you paint for different reasons?
No.

12) What’s your take on the current graff scene? Do you still think it has momentum like it did back in the 80’s/90’s?
Yes, it looks like a lot of fun; I’m psyched for the writers that are out now.

13) What’s your take on the up and coming young graffiti artists? Do you know many teenage painters?
See above and No.

14) You are now making movies; did you want to make movies as teenager?
Of course

15) If your son ends up developing a passion for something that isn’t exactly
‘mainstream’, would you encourage him to pursue it like you have?!
Of course. Discouraging only encourages it.

16) What 3 pieces of advice would you give a teenager that is trying to pursue
something out of the ordinary?
1) Have
2) A
3) Plan

17) Complete this sentence: In ten years time teenagers will…..
Be hopeful and hormonal and homicidal and hallelujah. ■

Here are some of my favorite murals: 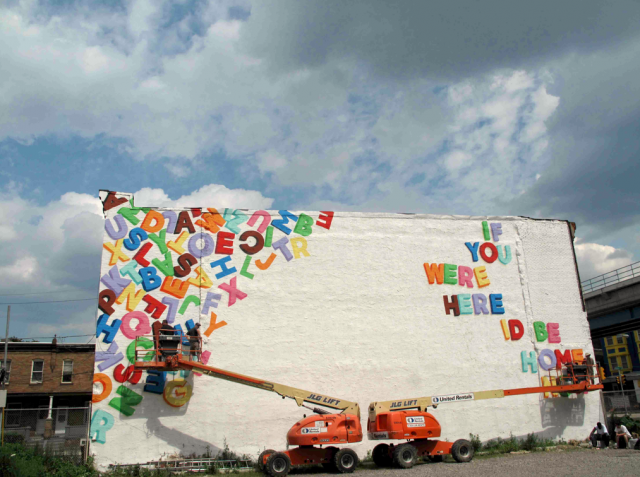 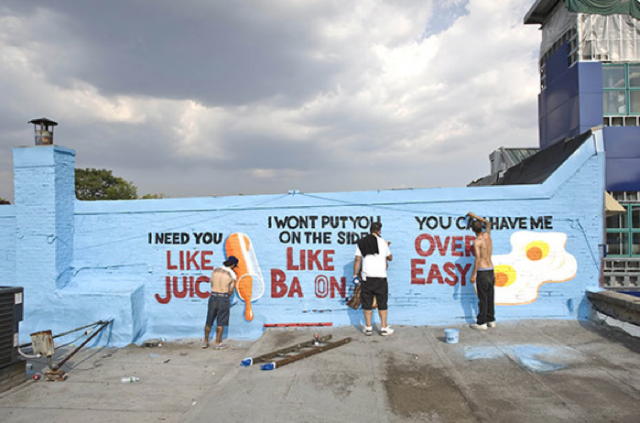 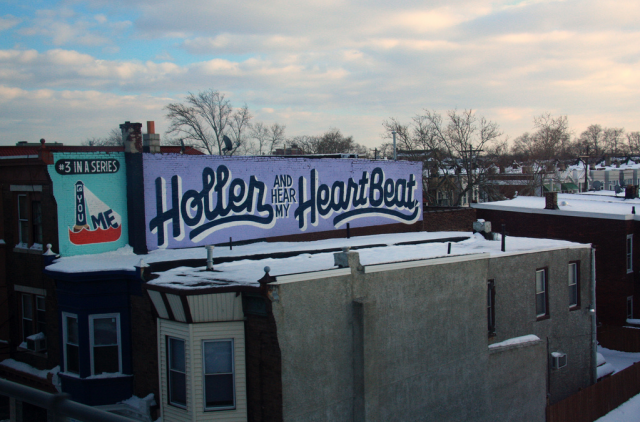 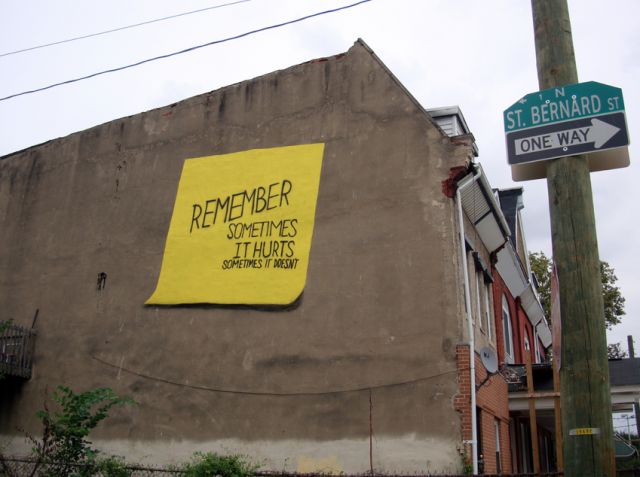 ESPO recently re-imagined the cult classic documentary ‘Style Wars’ by helping put together ‘Style Wars the Musical’ with Todd James. He also just released the film ‘A Love Letter For You’, which documents 50 rooftops he painted in Philadelphia along the Market train track.