We’re thrilled to announce our first post from a teenager’s perspective. Spencer Tweedy is a talented musician, writer, blogger, and photographer. Today he shares his musings on music and adolescence—

For some reason, after every writing inspiration “brain blast” I’ve had lately (Jimmy Neutron, anybody?), my internet research—milking of the idea, as I like to call it—always leads me to one source. That one source is the magical weblog of Frank Chimero.

This is probably because a lot of said brain blasts are regurgitations of things I’ve read on Frank’s blog. (They say a man is only as good as the blogs he reads.) That said… a brain blast is a brain blast.

Today I was revisiting an older post where Frank responds to an anonymous asking, “What advice would you give to a graphic design student?” I guess he gets this type of question all the time via email and things so it called for a big delicious one-advice-post-to-end-them-all-and-refer-to-in-annoying-emails post.

When I reread this post, I was actually “researching” a brain blast I had about music in memories. I was thinking about how there are those records you associate so clearly with a time in your life, you never want to hear them again for the sake of keeping that impression pristine and sacred. Can anyone relate? I have too many of these records.

My mind was on music and this post was about graphic design. I love drawing connections between these two things (any two art forms, really); music and design usually fit together like a puzzle. This paragraph especially made sense:

Design is just a language, it’s not a message. If you say “retro” too much you will get hives and maybe die. Learn your design history. Know that design changes when technology changes, and its been that way since the 1400s. Adobe software never stops being frustrating. Learn to write, and not school-style writing. A text editor is a perfectly viable design tool. Graphic design has just as much to do with words as it does with pictures, and a lot of my favorite designers come to design from the world of words instead of the world of pictures.

Music is just a language, it’s not a message. If you say “indie” too much you will get hives and maybe die. Learn your music history. Know that music changes when technology changes, and its been that way since the 1400s. ProTools never stops being frustrating. Learn to jam, and not school-style jamming. […]

And then (this needs no remixing):

Success is generating an emotion.

That’s all music is: a language. Usually, a language we use to convey an emotion. Not necessarily to a person… It could be a thing. A tree. There are certainly some crazies who sing to cats. I’m sure there are some crazies who design for cats.

But it’s not just for others, or the tree, or cats, though. It’s for ourselves. It’s to scratch that “itch,” and before you scratch it, find out what that itch is. “What do I think? How do I feel?”

I think it’s really important to scratch those itches. They may go away in time, sure, but anyone who’s taken off their shoe to get that one spot on the bottom of their foot will know it was goddamn worth it to take off that shoe. 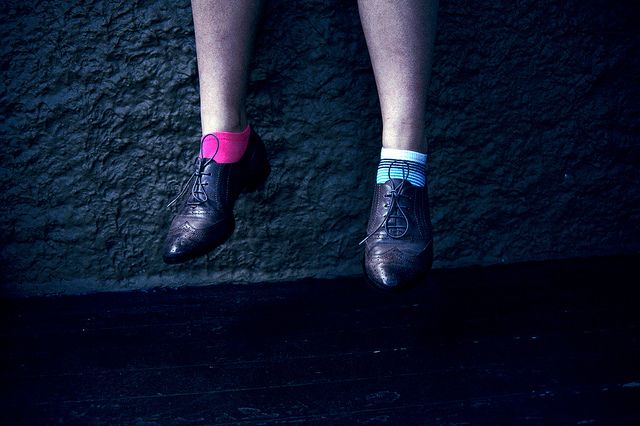 Adolescence (oh god, here I go) has the tendency to make those itches really hard to reach. I’m not sure why—some crap about the frontal lobe?—but I believe it. I feel it. It’s hard to get stuff out around this age; that’s why you see so much violence, such angry kids, sixteen-year-old Slipknot fans. When I read Lord of the Flies last month, this was really clear. Ralph, the fair-haired, not-particularly-smart golden child had a lot of emotion. What did he do? “Stand on his head.”

Every teenager (I think) wants to stand on their head, but—aside from a gymnastic disability—this isn’t an option for most of us. What you get then is a lot of frustration. Have you ever left an itch on your foot like that?

Art is ye savior. Do art. After all:

Everyone is just making it up as they go along. 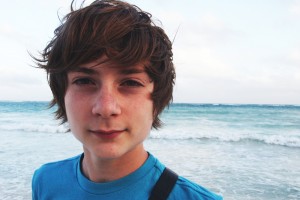 — Spencer Tweedy is a teenage musician. He likes tigers, cookie dough, and getting emails.
Read his blog here.