Myra Gale and Jerry Lee Lewis, first cousins once removed, married when she was thirteen years old and he was twenty-two. It is said that Myra still believed in Santa Claus when they were married. They had two children together and their marriage lasted thirteen years. It also ruined Lewis’ career. This is a video of Jerry and Myra giving an interview after his tour was cancelled after only three shows due to shunning by the entire music industry and public. Myra told the press that back home in Tennessee, “you can marry at 10 if you can find a husband.”

Winona Ryder and Dennis Quaid as Myra and Jerry in Great Balls of Fire (1989). 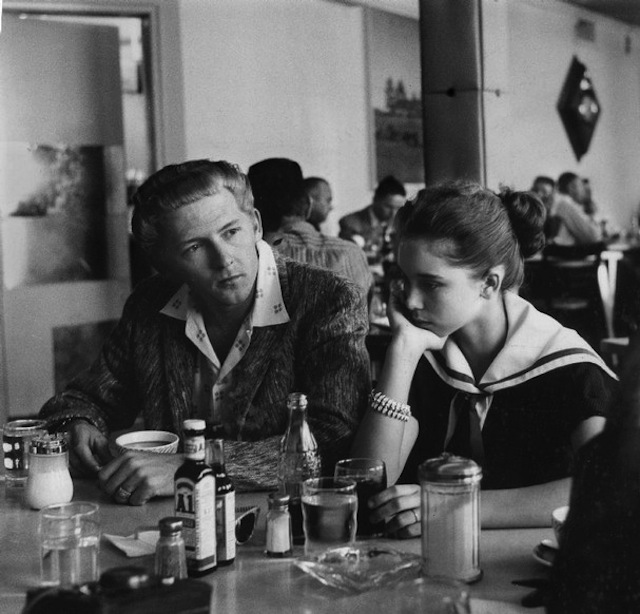 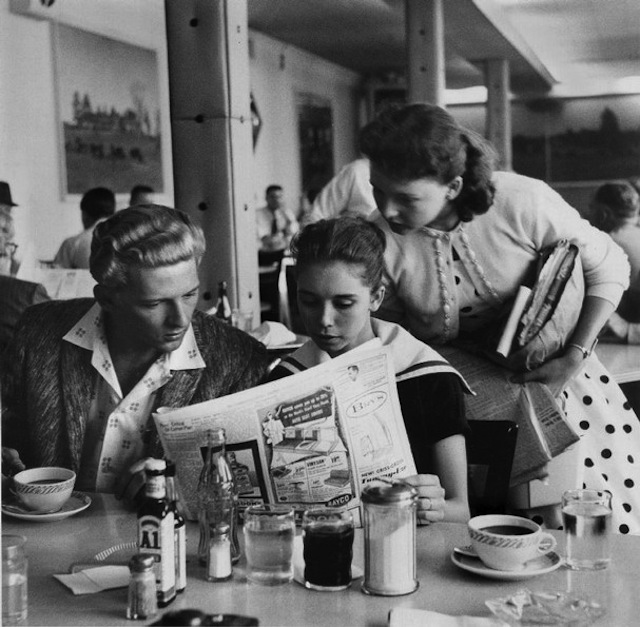 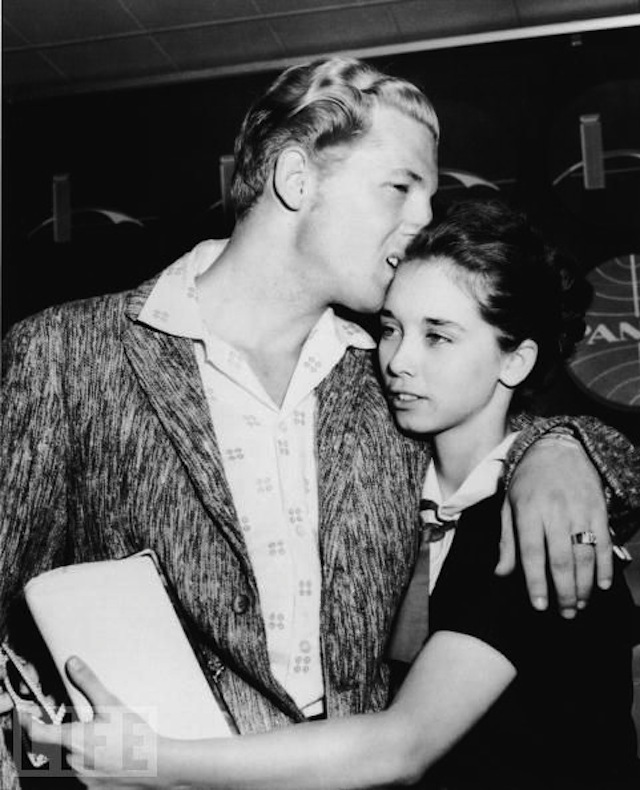